This is all a rant. It is a rant about a youtube video. Let me say that I believe that youtube is at once one of the most amazing advances of humanity and the worst thing to happen to the internet. Ever.

That being said, last night one of my facebook friends shared the following video with me.

I watched it. It was good. It is spot on. It is one of the few “Shit people say” videos that I have ever enjoyed.

Then I read the comments. These pissed me off. I mean, these spun me into a universe of anger that was only hinted at before the Large Hadron Collider at CERN. Since the LHC was powered up, there have not been any of the feared world destroying black holes, but they have found some signs that alternate universes might exist. I say universes and might… because they have found ONE alternate universe with absolutely certainty… and it is the one that I fell into while reading these comments… one composed of PURE ANGER-MATTER!

Anger-matter is a bit like dark matter and anti-matter, but is composed of pure bilious rage and irrationality and is a far better energy source than anti-matter. The particles of anger-matter, like anti-matter, carry a charge different from their normal matter counterparts. Where the charges of normal matter are positive (the proton), negative (the electron) and neutral (the neutron), anger matter charges are Go fuck yourself (the angry-proton), fuck the world (the angry-electron), and Meh! do what the fuck you want, my opinion and views don’t matter anyway (The angry-neutron).

In this blog, I’ve spent a lot of time talking about the shit that is wrong with me (And we’ve only scratched the surface. Like a good horror series, I want to take you slowly through the layers of my psyche so you can enjoy each and every delicious flavor of WTF??? packed into my skull.). I have stated it a couple times. I have Asperger’s syndrome. I have shied away from trying to explain what it’s like because…

Well, because you wouldn’t understand. You can’t. I know it sounds arrogant, but it’s true. Now, I know there are a lot of people reading that last statement and getting offended. Many will feel that I am insulting their intelligence, but this is not the case at all. My statement isn’t an indictment, but intended to help expand your awareness.

The problem is that, at it’s root, we can never truly know what another person thinks or feels. Even if we have the exact same experience, we will view it through the warped perception of our own experiences.

Example: The Bean, Glitch and I were at Family Dollar. A man was talking to the cashier about his method of payment. He had paid almost exclusively in dimes. He told her, “You can’t refuse to accept them, it’s legal tender.” And at the end of the conversation, he said, “Thank you so much for the attitude.”

I was outraged on her behalf. That kind of rudeness runs rampant in today’s world and really is inexcusable. Glitch was indifferent and The Bean explained to me that they were friends and it was banter. It turns out (shocker) that I had misread the social cues – again.

Another example is when ever a crime or traffic accident occurs… If you have six witnesses, two suspects and one victim – there will be ten versions of the story. (The eyewitness, victim and suspect accounts and what really happened.) It’s because our brain doesn’t actually process information the way it really should. A lot of what you perceive is approximative.

Now… Some people argue that they can know what another person is thinking.

They respond with “Cause he told me.”

I can only respond with, “Then you have no idea.”

The problem with relaying thoughts and feelings is that the process relies on language. Language is inherently inefficient and is filtered through that lens of perception. Words have connotations attached to them that the definitions of the words don’t actually contain… and in many cases, people use words incorrectly because they make assumptions based on the context they heard the word used in and never bothered to check the definition of.

Example: the words whore and prostitute.

Those two definitions are pretty much the same. They both reference the other one, but the connotations of the two words is different. If a woman is a prostitute, and you call her a whore, you will get a lot of back lash for stating that. Seriously. The same can be said for some of these words – democrat, republican, liberal, hippie, christian, wiccan, pit bull, Russian, socialist, anarchy. All of these words have connotations that do not truly reflect the things that they represent.

So, communicating your thoughts – or worse yet – your feelings, becomes a losing proposition. Without extensive ground work, two people rarely have a frame of reference for the discussion and will assume that person a means the same thing that they do when they use a word.

People make so many assumptions about the nature of the universe, the world around them, the human mind and those around them that it just makes me sick. One of the common misconceptions about Autistic Spectrum Disorders is that it is a form of mental retardation or an illness. It’s not. They use clinical terms like Pervasive Developmental Disorder, which while it is accurate – is, in all honesty, akin to a racial slur. It’s hurtful.

Just because your frame of reference shows you this:

Doesn’t mean you have the whole picture of reality:

What you perceive as someone who is unable to communicate or unaware of their surroundings, or unwilling, unable to comprehend you – may be someone that would blow your damn socks off with intellect, poetry and internal beauty. Specifically – this guy right here!

So, on to the reason that these comments pissed me off – the commentary on this video… I can’t recount it all here, because I will fly off into that alternate universe again and be lost forever among the anger-matter.

1) “shes really hot for an aspergus”… This one pissed me off because a) the girl is not a vegetable (asparagus), b) it implies that we look different from the rest of humanity c) the rest of the comment is one run on sentence without any attempt at grammar.

2) you tube user smeeboy said some of the most asinine things I have ever heard. Smeeboy is the parent of an Autistic Spectrum child and commits a crime that pisses us off… the word “They.” While discussing this topic with  what is obviously a group of AS individuals, He/She decided that she could speak for us. The following is some of the conversation.

**************begin transmission**************
Smeeboy: I’ll tell you something else ignorant. It is when people with autism are referred to as “autistics.” They are not “autistics,” they are people with﻿ autism, or autistic people. Do you call someone with cancer a “tumor?” I hope not.

Dreamchain17: (to smeeboy)Did you pay attention to the video﻿ at all? Stop comparing autism to cancer you fuck. It’s also not “they.” You’re talking to a bunch of Autistics, so back the hell off﻿ and use the language we tell you, not whatever patronizing crap you’ve decided is best for us.

Me: (to smeeboy) Thank you for being OUR advocate. Most of us don’t mind being called an autistic.
However, your example is flawed in its foundation. Autistic is an adjective, a word used to add description. As is common with most human behavior, adjectives become descriptive labels of their own. i.e.gingers, brunettes, albinos, geniuses, sociopaths Tumor is﻿ only a noun. Not an adjective. Please refrain from any post that uses the word “THEY” to describe US in the future. You’re doing it wrong.

Smeeboy: (to me) Yes- appreciate your grammatical distinction. But my son is not an adjective- that’s the point. He is a person. Not an autistic. You are free to use your own words, but I find that offensive. I would add that all the﻿ sanctimonious potty-mouths who have responded to me, that I’ve walked the walk longer than you, and I know of what I speak.
(to Dreamchain17) You﻿ missed the point, potty mouth. A person is not defined by his affliction. Neither is a person with a developmental disability. Cancer, autism, polio, Down’s- there are all kinds of human challenges. But these are all people first, not assigned an artificial title on the basis of their challenge. Bite me, dickhead. Uncivil caveman bozo. 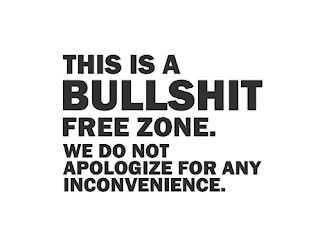 At this point, I got pissed off. Someone who, as we have discussed, cannot possibly know what it is like to be us telling one of us, that I have “walked the walk longer than you.” Fuck this sanctimonious self important asshole.

Me: (to smeeboy) You are guilty of the same thing-using the term potty-mouths. If you have ever used the terms ginger, brunette or blond… called someone a soccer player, or a smoker… you are guilty… vegan, vegetarian… guilty. “That’s my friend, the **Insert job title**” – guilty.
You are the worst kind… you﻿ assume you understand what we go through because your son is one of us. You haven’t walked the walk.HE is autistic. I am autistic. You are an outsider. Do not presume to speak for US. Ironically enough… you just used two terms that have been applied to me, as an autistic. Uncivilized and caveman…While I identify with your primate need to defend your young… you are acting like those we are opposed to… You are behaving like a hate-monger. As an autistic, please stop helping…﻿ you are just making it worse.
**************end transmission**************

That’s why I am pissed… I know… it probably sounds silly to you… but it’s a big deal… Don’t speak for us. Don’t tell us you understand… and for god’s sake – don’t fucking hug me unless I offer one!

Now that the rage is out of my system, here is something uplifting.