According to the mission statement for the Mars Curiosity Rover, we are looking for possible alien life. Or, more accurately, scientists chose a landing spot for the rover that would be a likely place to discover remnants of life if there had ever been any on the planet.

While I am very supportive of the endeavor… and of scientific discovery and exploration on the whole… I am very confused by this mission.

There are a lot of people who are angry over the amounts spend on the rover. They argue that the $2.5 billion spent on the mission could have fed so many homeless and needy people.

I argue that we should cut tax exemptions to churches. WAIT! WAIT! WAIT! Let me explain. I am not proposing that all churches should not be tax exempt… Those that are small (or large) affairs that cater to the needs of their membership should be a tax exempt organization. Those that take the money that the church gathers and gives it to the poor and needy should be tax free.

Those mega-churches that own multiple buildings, businesses, vehicles, television cameras, and are operated like businesses instead of churches should be taxed like the rest of us.

Each year, $71 billion of tax exemptions are granted to churches. That’s 28 Mars rovers a year. So… Let’s put the impetus on the religious people, remove their tax shelters and THEN feed the homeless with that.

But this is not what I am writing about today.

We are went to mars… but why?

I know, I know… to find traces of alien life…

But why would we spend all that money for something that is already here?

That’s right. I said it. Alien life is already here… I’m not talking about the ancient alien crackpots, the lizard people, the reptilians (yes, those two are different), the Roswell grays, or even the Men in Black.

I would address these things, but there are more than enough people talking about these things.

I am talking about aspies.

I am making a declaration that Asperger’s isn’t a psychological disorder, it’s not a disease, it’s not a type of mental illness.

I mean, think about it. In Star Trek, 95% of the alien races are humanoid – that means that they have 2 arms, 2 legs, 1 head… The only things that set them apart from the people of earth is their culture, dress and modes of thought.

So, let’s look at this from a logical standpoint…

Dress… We often try to adapt to current trends. We often try to be “cool” and fail… we end up 5 degrees off cool… We often end up picking clothing because it is comfortable to us and it shows… I have my hats… another aspie might wear a special belt… or shoes…

Culture. Contrary to popular belief… we DO have our own culture. There are many sites out there that are message and discussion boards for Autistic Spectrum individuals… And I assure you, it is far, far different than the Neurotypical society around us… Some of us refer to it as “Aspergia”.

While I have been writing this, I have been percolating. Yeah, my brain does that… it percolates like an old coffee maker… (Another clue as to my alien nature)…

Let’s stop giving tax shelters to religious edifices that are run like a business. Let’s stop going to mars to look for alien life.

Instead, let’s take $5 billion of that $71 billion a year and fund Autism spectrum research. Take another $5 billion and fund missions to mars… NOT FOR THE ALIEN LIFE part. Let’s go for the sake of exploration… Let’s take the rest of that money and put it to feeding the poor, rebuilding the roads, school programs and the like.

Oh, and set aside a few dollars for that trip to Aspergia. 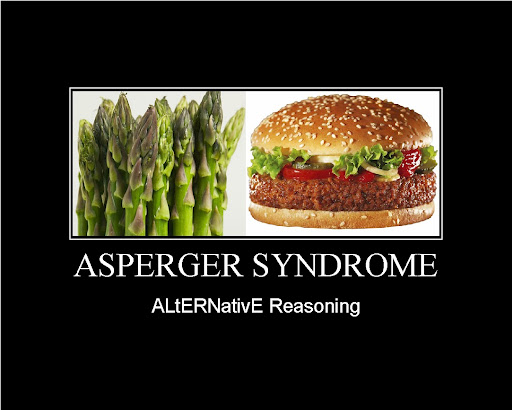