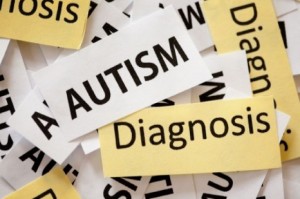 Autism is a disease.
I find it odd that a group of people who are noted for their literal nature would react with such vehemence to such a simple statement.
The medical definition of a disease is “an impairment of the normal state of the living animal or plant body or one of its parts that interrupts or modifies the performance of the vital functions, is typically manifested by distinguishing signs and symptoms, and is a response to environmental factors (as malnutrition, industrial hazards, or climate), to specific infective agents (as worms, bacteria, or viruses), to inherent defects of the organism (as genetic anomalies), or to combinations of these factors”
For some reason, the word disease carries a stigma with it. There are negative connotations that Autistic Spectrum individuals and their families apply to the word.
I don’t understand it… and in most cases, the individuals getting offended with the application of the word. So, let’s take a look at some of the arguments. 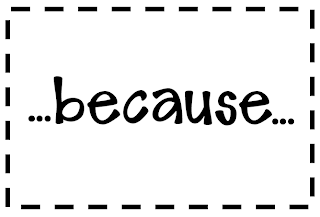 Autism isn’t a disease because:

Whether or not it is a disabling condition is not part of the definition of disease, nor should it be. Vitiligo, exzema, psoriasis, diabetes and lichen simplex chronicus are all diseases. Each of these are also non-disabling conditions. They are no less diseases because of that.

Technically… it is an illness. The World English Dictionary defines an illness as “a disease or indisposition.” Again, I will go back to the definition of a disease… “an impairment of the normal state of the living animal… that interrupts or modifies the performance of the vital functions.” So, this argument is belied by the definition of disease.

This is the part of the definition of disease that states “that interrupts or modifies the performance of the vital functions, is typically manifested by distinguishing signs and symptoms.” The fact that Autism Spectrum disorders have a set of symptoms fits into the distinguishing signs and symptoms. This argument typically comes from family. Speaking as an Autistic Spectrum individual… it is worse… over stimulation, stimming, meltdowns, tantrums, excessive cognitive dissonance and comorbid conditions make it worse.

I have made this point before, but there are often emotional connotations placed on words that have nothing to do with their actual definitions. I have often cited the words whore and prostitute. They both mean a person who has sex for money. Whore has an emotional impact that prostitute does not. If you call a prostitute a whore… they will become angry, often to the point of becoming enraged.

Obviously, the word disease has negative connotations that are not inherent to the word. Applying these connotations to a word defeats the purpose of having a dictionary.

The dictionary defines a Syndrome as a “group of symptoms that together are characteristic of a specific disorder, disease, or the like.” Look at that definition… I mean read it… A syndrome… is a  group of symptoms that define a DISEASE… Just for the heck of it… the definition of symptom is ” a phenomenon that arises from and accompanies a particular disease or disorder and serves as an indication of it.”

It goes on like that. The issues are that there is a lack of education and a surplus of emotion surrounding the word Disease.
As an Autistic Spectrum individual, I am forced to look at it from an objective standpoint. We either admit that there is something wrong with us… and by wrong, I am referring to the fact that our mental and emotional functions are different… we are not normal, by the medical and psychological definitions of normal… or we accept what we are and move forward.
We have to decide.
The thing is – Autistic Spectrum Disorders have a set of symptoms. It can be diagnosed. There is research into diagnostic criteria and treatment plans.
If Autism isn’t a disease, then we have no rights to mental health treatment. We can’t be disabled because of it. We can’t expect the world to work with us. If we’re just different, we have no right to tell people about our condition.
If we let the negative connotation of the word interfere; if we let our pride get in the way; we lose our greatest tool in the battle of Autistic Spectrum survival.
If you give up those tools, the Neurotypicals of the world are proven right. If there is nothing wrong with us… then we are just using it as an excuse to be rude; quiet hands are a necessity; we’re probably just mentally retarded; we can just get over it; we are just anti-social; we are just attention seeking; there’s no such thing as a special needs adult.

The mantra of “There is nothing wrong with me.” is essential for the self esteem needed to function in NT society, but it is detrimental to our cause – which should be finding treatment plans and skill training that can help us survive the minefield of the NT world around us. If there is nothing wrong with us, we are (to the last of us) destined to end up miserable and alone. Our friends and family accept us… we should do ourselves the same courtesy.

I am drawing a line in the sand – swallow your pride like I have had to do, and accept it. A wise man I once knew said, “There is no forward motion without a backward notion.” We can’t know where we’re going if we don’t know where we have been.
The other option is to toe up to the line and stick our heads in the sand.

Images in this issue SHAMELESSLY stolen from the following sources:
http://www.icare4autism.org/wp-content/uploads/2013/01/autism-diagnosis-300×199.jpg
http://2.bp.blogspot.com/-gSIDNyUtZzg/UJcb7-tYmGI/AAAAAAAAASA/aKLGSxLHPTg/s1600/because+b-w.PNG
http://1.bp.blogspot.com/_MyFAOEj9GKk/S9nlYPwtEsI/AAAAAAAAAEI/rcmO9E1Ee3Q/s1600/malefemale.jpg
http://images.wikia.com/disney/images/7/7a/Syndrome_Close_Up.jpg
http://files.sharenator.com/autism_asshole_disease_moral_demotivational_poster_funny_demoralize-s600x750-65046.jpg
Follow me on social media... You know you want to!

1 thought on “Care and Feeding of your Aspie: Part 8 – Autism… It IS a disease.”