Aspies are, on the best of days, considered weird by NTs. A lot of that is just the Asperger’s, but at other times, it might be something else. Autistic Spectrum Disorders have a high incidence of comorbid conditions.

What does this mean?  Well, comobidity is either the presence of one or more disorders (or diseases) in addition to a primary disease or disorder, or the effect of such additional disorders or diseases.

The following conditions are common amongst Autistic Spectrum individuals. These are things to watch out for. While your Aspie’s Mental health professional may not

Anxiety Disorders have been reported to occur in between 11% and 84% of Autism Spectrum individuals. The wide range in this case is due to differences in methodology of studies.

Bipolar Disorder
Manic Depression, or Bipolar Disorder, is considered a controversial diagnosis. It is often claimed to be comorbid with a plethora of other conditions. Due to the fact that Autism can display symptoms shared with mood and anxiety disorders, a bipolar diagnosis for an Autistic Spectrum individual may be difficult to attain. Worse yet, your Aspie may have been diagnosed as bipolar rather than being on the spectrum.

Further, according to the Mayo Clinic, there are other considerations when dealing with Bipolar disorders. 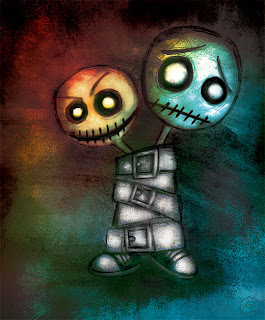 Dr. Andrew Wakefield has described autistic enterocolitis – claiming that 50% of autistic children will experience persistent GI-tract problems. These can be anything from mild discomfort to moderate GI inflammation in both upper and lower intestinal tracts. There is lack of rigorous and published data to support these assertion, but anecdotal evidence by parents and Autistic Spectrum adults alike reveals that there is need for further study and research into this.
ADHD
I have already covered ADHD on my blog. The issue can be found >>>HERE<<<.
The DSM-iv has prohibited certain co-diagnoses. One of those prohibitions is Autism Spectrum Disorders and Attention-Deficit Hyperactivity Disorder. HOWEVER, clinically significant symptoms of these conditions  commonly occur. While the symptomology may be the same, in this case the causality may be different as children with both sets of symptoms will often not respond well to traditional ADHD treatments and may require a specialized treatment plan.
Mental retardation
In 2006, polls found that there was a common assumption that Autistic Spectrum individuals are mentally retarded. In reality, a 2001 study in Britain reported normal intelligence in 94% of Autistic children. This may be the case with Autistic Spectrum individuals, but it is different with Aspies. By definition, a diagnosis of Asperger’s EXCLUDES the presence of Mental Retardation. If your Aspie is diagnosed with mental retardation AND Asperger’s Syndrome, you need to find a NEW primary mental health care provider.
Motor clumsiness
Children with Autistic Spectrum Disorders and Asperger’s are commonly delayed in acquiring skills that require motor dexterity. This can effect every day functioning and they may appear physically awkward and “uncomfortable in their own skin.” These difficulties can manifest in poor coordination, odd gait or posture, poor handwriting… it may go on to cause difficulties in visual-motor integration, visual-perceptual skills and conceptual learning. According to the Mayo Clinic ASD may show problems with proprioception (sensation of body position) on measures of apraxia (motor planning disorder), balance, tandem gait, and finger-thumb apposition. 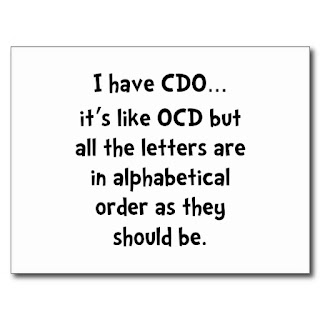 Obsessive-compulsive disorder
Obsessive-compulsive disorder is characterized by recurrent obsessional thoughts or compulsive acts.
Obsessional thoughts are ideas, images or impulses that enter the individual’s mind again and again in a stereotyped form. Obsessive thoughts cause distress because they are violent, obscene or are perceived as senseless or intrusive. Often, an OCD sufferer will try, most often unsuccessfully, to resist these thoughts. Unlike other conditions, these thoughts are recognized as the individual’s own, but are problematic as they come unbidden and can be repugnant. OCD is not often diagnosed in conjunction with Autistic Spectrum disorders due to the obsessive tendencies associated with ASD. The main differences are that the rituals and obsessive interests of your Aspie bring him pleasure and OCD sufferers can only hope for relief from the pressure of the obsession.
Tourette’s syndrome
Some studies place the incident’s of Tourrette’s syndrome with ASD at 6.5% which is higher than the 2-3% prevalence of the condition in the general population. Several theories have been extended for this – common genetic factors, dopamine, glutamate or serotonin abnormalities.
Seizures
Autistic Spectrum Disorders often go hand in hand with Epilepsy. The risk factors change with age, cognitive level and language disorders. One out of four autistic children will develop a seizure disorder – often starting early in childhood and adolescence. Seizures are caused by abnormal electrical activity in the brain. These can cause a temporary loss of consciousness, convulsions, unusual movements or staring. Lack of sleep or high fever can be a contributing factor.
Sensory Issues
I have already covered sensory issues in this series – >>>COVERED HERE<<<
Tuberous sclerosis
Tuberous sclerosis – a genetic disorder that causes benign tumors to grow on vital organs and in the brain. This disease has a consistent association with the Autistic Spectrum. According to studies 1-4% of Autistic Spectrum individuals are diagnosed with Tuberous sclerosis. On the flip side 25-61% of individuals diagnosed with Tuberous sclerosis are on the spectrum.
This was, by no means, a comprehensive list, but these are – by far – the most common.
Research is one of your most important tools when dealing with comorbid conditions. If you notice behavior beyond the ken of standard Asperger’s or Autistic Spectrum behavior – do your due diligence and seek additional diagnostics. If you are given a negative response, you are within your rights to seek a second or third opinion.
That being said – if you are given a negative on diagnosis several times… it may be a fact that your Aspie does not have the comorbid condition in question and may just be demonstrating their version of typical Aspie behavior… 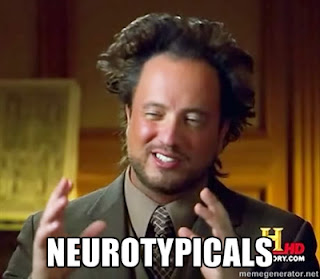