It doesn’t matter who you talk to, EVERYONE wants to fit in, to be loved, to be wanted. It is a basic HUMAN need. In spite of the fact that people OFTEN (this is not a blanket statement… it does not mean all  non-AS individuals) treat Autistic Spectrum individuals differently than they do others, we ARE human. As a result, we have the same desires and drives as other humans. As a result of the dehumanizing treatment, disrespect and (sometimes) abuse that is thrown our way, it is harder for your Aspie to feel that they are worthy of the love and attention that we all crave so deeply.

Autism Spectrum disorders make certain aspects of personal interactions difficult at best. As I have discussed previously, the world of NT to AS communication is a veritable mine field. The anxiety and distress of failing at social interactions can truly scar the psyche of your Aspie.
Let’s talk about Post Traumatic Stress Disorder. PTSD Symptoms can manifest within a short time, or take years… PTSD symptoms are normally grouped into one of three categories – intrusive memories, avoidance and numbing, and increased anxiety or a heightened emotional state. (These are according to the Mayo clinic).
Symptoms of Intrusive Memories

Does this sound like Aspie behavior? I thought so.

Symptoms of Avoidance and Emotional Numbing

Again, I ask… does this sound like Aspie behavior?

Symptoms of Anxiety and Heightened Emotional States
One last time… Your Aspie has some of the same behaviors… doesn’t he? 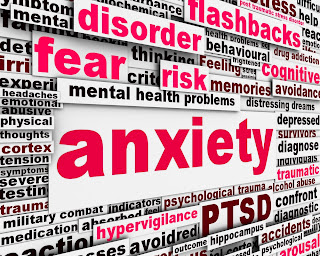 I have a theory. It is a personal theory, but I believe it is accurate. It is based on years of personal introspection and observation coupled with conversations with other Aspies. The theory is that Aspies (most if not all) have PTSD in reference to interpersonal relationships to one extent or another.

It can be a perilous journey – both for the Aspie and those who choose to love them.

Regardless of whether or not my theory is correct, interpersonal relationships are hard for Aspies.

Sexuality is a difficult concept on the best of days, even without Asperger’s Syndrome. I could cover all of the aspects – Straight, Bisexual, Homosexual, Gender-queer, Gender-fluid, sapiosexual and more… But most of that is irrelevant when looking at the big picture.

Support your Aspie in their gender identity… You might not understand how they feel or how they identify themselves, gender-wise… Your job, if you truly care, is to love and accept them – unconditionally.

That being said, chances are that your Aspie will fall into one of three categories of sexual desire – Asexual, Normal, and Hypersexual.

Asexual
Asexuality is non-sexuality. It literally the lack of sexual impulse, attraction or feeling. Some have posited that asexuality is actually a form of sexuality along with the (AND THIS LIST IS THE CLINICALLY ACCEPTED LIST – SO NO HATE MAIL) traditional forms of sexuality – heterosexuality, homosexuality, and bisexuality.

A study conducted in 2004 placed the prevalence of asexuality at 1%. I believe that number is a great deal higher among Aspies. (This opinion comes from a series of conversations on several of the sites I am on.)

Asexuals demonstrate behaviors that may sound odd… They abstain from sexual activity AND from celibacy… Both of which are inherently sexual behaviors. Celibacy requires a sexual identity and desire to engage sexual behavior – so that it CAN be denied. Some asexual people do engage in sexual activity despite lacking a desire for sex or sexual attraction, due to a variety of reasons, such as a desire to please romantic partners or a desire to have children.

“Normal”
Normal is that… normal. The dictionary defines normal as “conforming to the standard or the common type; usual; not abnormal; regular; natural.”

Your Aspie may have all the standard hormonal and sexual desires of a person of their orientation.

Hypersexual
Hypersexuality is marked by extreme or frequent sexual urges. The desire for sexual activity can be described as intense as many of the urges associated with Obsessive Compulsive Disorder. There are a few medical conditions that have Hypersexuality listed as one the symptoms, but in most cases, there is no known cause. 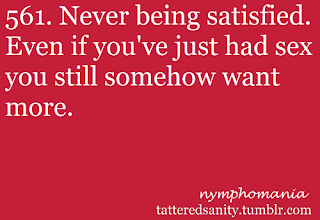 Mental health problems such as bipolar disorder – discussed here (>>>Comorbid Conditions and Your Aspie<<<) –  can give rise to Hypersexuality, as can certain drugs (Rx) that affect social and sexual inhibitions in some people.

Couple Hypersexuality with the improper social behaviors associated with Asperger’s Syndrome, and there can be some severe problems for your Aspie.

No matter which of the three (Asexual, Normal, or Hypersexual) your Aspie falls into, you can be in for a bumpy ride. If your Aspie is a friend, you can anticipate irritation, depression and anxiety when they are dealing with the following issue.

Aspies in relationships will be dealing with these issues on a daily basis. If you are in a relationship with your Aspie, you need to be acutely aware of their sexual proclivities… An Asexual may engage to please you… but will find little, if any enjoyment. A Normal will enjoy it all with you…

A Hypersexual can be a chore for anyone other than  another Hypersexual. The average Hypersexual, unless there are mitigating circumstances, will have a libido off the charts. Sexual thoughts will be intrusive to the point of disrupting normal function… at all hours of the day… Without stopping… If you are not ready to be engaged in sexual activities this much… you may want to choose someone else or discuss other arrangements…

Many Hypersexuals have to have a second play partner to ameliorate the stresses of being with them.

No matter where on this spectrum your Aspie is on, you need to be completely open and honest with them. You also need to be able to view it all the same way that an Aspie does… If your needs are not getting met, but you wish to maintain the relationship – unusual steps may need to be taken… A playmate for you if your Asexual is unable to meet your needs… a playmate for your Aspie if your hypersexual is wearing you out.

If steps like these seem to be excessive… Then you may want to step away. I know it’s harsh, but it might be necessary. When you are in a relationship with an Aspie, sometimes one must take an extreme stance… Your needs or your Aspies needs may have to take precedence over a balanced and mutual handling of these issues… 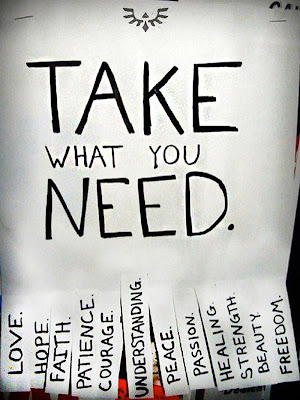