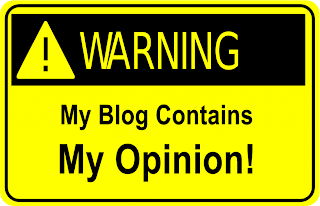 The following statements are from personal experience and reasoning. I have Asperger’s Syndrome and am considered High Functioning by most standards. So, I can only speak for myself as the information applies to other High Functioning individuals. I do not have a frame of reference, nor do I claim to speak for those with greater impairments than I. I do, however, feel that my understanding of the underlying mechanisms of Autistic Spectrum behavior do carry through logically and should be considered to have at least a modicum of validity.

To cure; or not to cure? That really is THE question.

As autism awareness grows, this question becomes more electrifying by the day. Groups like Autism Speaks are out there and they have been pushing for a cure to autism. Many parents are thrilled by the possibility.

There are several issues at work here – not the least of which is that Autism Speaks, as a group, is upsetting to most Autistic Spectrum individuals. There are numerous reasons why, and Autism Speaks just doesn’t seem to get it. The following reasons are my OPINION and NOT presented as fact.

Contrary to what I have written thus far, this is not an entry speaking out against Autism Speaks. Autism Speaks just happens to be the largest Autism cure advocacy on the planet. They push for prenatal testing and prevention as well as a bio-medical cure.
When reading their materials, it is unclear what they intend with the concept of autism prevention. However, considering it is almost always listed in conjunction with pre-natal testing, one can draw a logical conclusion. They may mean to introduce a retrovirus, in vitro, to rewrite the DNA of the unborn child, but considering that this technology is many years or even decades off… This is unlikely. I have read a lot of their materials… And, honestly, it feels a lot like eugenics reminiscent of 1940s Germany. 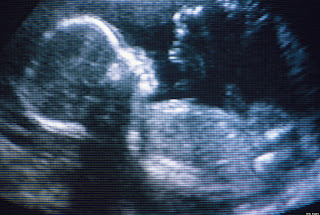 They push for a cure when we don’t even know what causes Autistic Spectrum Disorders.
However… Let’s say that we have a cure. We live in an age where we can rewrite DNA with a machine or a retrovirus or something else equally science fiction-like. This is possible in the future, but not today… but this is a hypothetical situation.
Having this technology means that children diagnosed with Autistic Spectrum disorders in the womb could be cured before birth. The upshot of this is that they would have none of the developmental issues that come with Autism and be able to lead perfectly normal – Neurotypical – lives. I am all for this.
Well, mostly. Procedures like this are guaranteed to be prohibitively expensive. DNA tests cost $500-$600 a piece. To create a cure like this, a full DNA work up has to be done. Then the offending genetic code has to be identified. Then a custom DNA strand has to be built. After that, the DNA strand will have to be introduced into a viral medium. This virus would then be cultured and introduced into the host body where they will inject the new DNA strand into the cells of the body.
If it sounds like something out of science fiction… that is because it is. Like many devices we use today, what was once science fiction is now science fact. (Cell phones, iPads, credit cards, travel to the moon). We are standing at a precipice of ability and discovery… which is to say, this technology is within view, if not reach.
As with many other procedures, since Autism is not a life threatening condition, it will most likely be considered a voluntary procedure and will not be covered by insurance. As such, this cure will not be available to any but the rich. I’m not going to debate the ethics of this as that is not the point of this essay, and you probably do not want to experience the invective that this topic would invoke.
So… Let’s make another assumption… it is inexpensive, easy to produce and available to everyone. I am all for it. That means no children would have to go through the difficulties I did when growing up. That would be absolutely awesome an I am all for it.
But what about the adults? What about those that have learned to live with Autistic Spectrum disorders. Simply put, even if we received a cure – something that fixed the underlying mechanisms of our Autistic Spectrum Disorder, it would do us little good.
According to studies, a child’s mind formed incredibly early. One study actually states that personality is codified as early as 3 years of age. (study located here) However, by the time Autistic Spectrum individuals reach a level of intellectual maturity, we have conditioned ourselves into a specific set of behaviors. 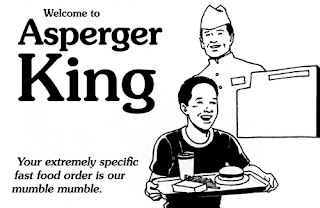 This is to say that, if someone cured my Asperger’s Syndrome today… I would behave largely like I do today. I would pick up on social cues and be a bit more comfortable in social situations, but I would still be outspoken, brutally honest, intolerant of being touched without permission, hate phones, hate loud noises and crowds. These behaviors have been trained into me… they are learned behaviors that I have practiced and struggled with. They are now habit and inherent to my personality.
Additionally, I do not believe a cure for Autistic Spectrum Disorders would result in a cure for the comorbid conditions so many Autistic Spectrum individuals suffer from along with their Autism. That means that, regardless of Autism, many Autistic Spectrum individuals are still pretty messed up people.
Also, MANY people on the spectrum do not consider themselves to have any problems. They view their Autism as a difference… not a problem. Some even consider it a gift. These people, due to the stress and anxiety associated with a major paradigm shift like this would be terribly resistant to anything of the kind.
Personally… I wouldn’t do it. While my Asperger’s Syndrome has caused my a lot of pain over the years. I would not trade it for anything. I have learned how to cope and am functional. I have my art and interests… and I have my habits. I wouldn’t want to have to learn all these things over… And… well… my pain makes me who I am – a compassionate and thoughtful person concerned with the thoughts and feelings of others.
So… To cure or not to cure… the unborn, definitely… but the rest of us… well… it should be considered on an individual basis. Each Autistic Spectrum individual would need to make their own decisions.

Images in this issue SHAMELESSLY stolen from the following sources:
http://lans-soapbox.com/wp-content/uploads/2013/04/warning_my_opinion-copy-1024×658.png
http://beautifultrouble.org/wp-content/uploads/Beautiful%20Trouble/PRINCIPLE%20Take%20Leadership%20from%20the%20Most%20Impacted/PR_Take%20Leadership%20from%20the%20Most%20Impacted_Accountability%20Cycle.jpg
http://i.huffpost.com/gen/1141755/thumbs/o-PRENATAL-TESTING-facebook.jpg
http://re-jinx.me/wp-content/uploads/2011/12/Assburger_King.jpg
https://energyze.conservice.com/Images/InformedDecision.png
Follow me on social media... You know you want to!