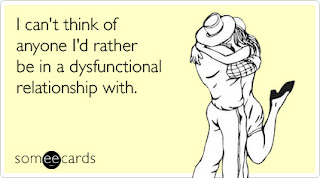 Dating can be difficult for your Aspie for a number of reasons. Most of them, at least by my reckoning, are because of the expectations, perceptions and expectations of Neurotypicals. The reason this part doesn’t mention dating in the title is that this extends beyond the realm of dating and into many social situations as well.

Let’s start with clothes. Aspies wear clothes that they like. Most of the time these consist of comfortable articles, often made from cloth that is soft to the touch. As an example, my wardrobe consists of military BDU style pants (in black and gray). They are made from ripstop (explained here) because durability is a factor. I have many VERY comfortable t-shirts and those are augmented by a lot of bowling shirts worn as over shirts.

That is it. Well, that’s not true. I have a tuxedo.

Recently I met someone in public. I was advised that my appearance was a huge “turn off” for her. When I pushed for more information, it was my clothes…

She wore jeans, a t-shirt, and Chinese style slippers. I wore my black pants, a gray t-shirt and my nice limited edition chuck tailors. (style pictured here) Intrinsically, we were dressed very similar. However, it was interpreted as I made no effort.

I asked her for input, and it came out that she thought my shirt was too small. (nowhere on my body was it tight, the shoulder seems sit where they are supposed to) side note: I did not tuck it in as I have been advised that this is the fashion. She stated that my pants were too big… which is odd, because they barely fit, I popped the button off that pair recently, and they are too short… That I looked sloppy. My hair, which has cowlicks, had no product in it. I don’t wear product, it is sticky and when I sweat (I live in New Orleans, I WILL sweat) it runs down my face, gets in my eyes and down my shirt. My hair was wet… because, I was sweating. And I wasn’t wearing cologne. I don’t own cologne because of sensory issues… all but the most expensive colognes stink to me. 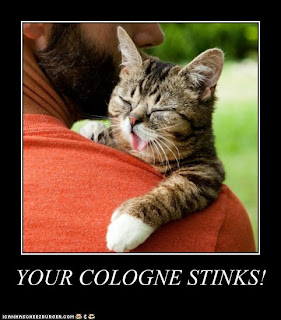 So… basically, she was stating that I dress and look like what I am, an Aspie. In Part 18 of this series (found here) I said, “Don’t try to emulate NT fashion… this is a recipe for failure. If you do, expect to be a meme of some sort.” This event drove this concept home.

All of my choices boiled down to me being told that it was “Sloppy.”

I was frustrated and hurt… not because she would say that, but because this was probably a true statement coming from an NT… Which is an oddity. In the course of normal conversations, NTs will attempt to be nice and spare your feelings which results in many confusing statements, none of which get to the point. Here she was – completely blunt about it.

So… You have probably noticed that your Aspie dresses like an Aspie… that is to say, comfotable, sometimes silly, clothes. Unless they were one of the rare .01% that was actually “cool” in their school career, chances are they are inherently and painfully aware that their clothing is… odd… More than one of us has been chided with a variant of “You dress like an autistic.”

NT social expectations are such that we have to make an effort in the social arena. If you are meeting with someone you like, you have to make an effort. We do. If your Aspie is shower fresh, in clean clothes and meeting you somewhere outside of their comfort zone (i.e. not someplace they usually hang out) they are making a MONUMENTAL effort. 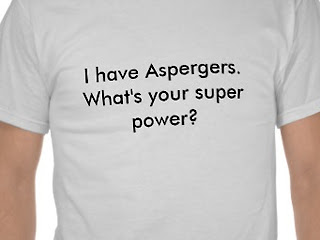 The NT in question was offended, her feelings were hurt because my effort did not show in a way she could understand.

Your Aspie will do many things to please you. They will bend over backwards to make you feel good, but there are things they just can’t do.

What most Aspies can’t grasp is clothes don’t make you cool. You can dress us up, but we won’t be cool… and if the clothes are not comfortable or not what we feel comfortable in, we will be a few degrees off, no matter what we do.

From the Aspie view point, this is one of those points that just needs to be accepted. Our way of dress is not at all, in any way, a reflection of our feelings, intent, or respect for the people around us. NTs need to understand that what you see as sloppy is simply comfortable for us.