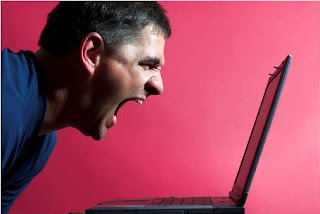 This originally started out as a rant. I was furious and I typed up a long diatribe that was supposed to be enlightening and funny and… well I don’t know what else it was supposed to be, but what I ended up with was an unintelligible mass of invective gibberish that made little (if any sense) and made me sound like a complete loony.

So… after several weeks, I have decided to re-write it into a more coherent set of thoughts and images and hope that it makes sense to someone.

There is a popular television program on the air called “The Big Bang Theory“. One of the characters on this program is Dr. Sheldon Cooper, played by Jim Parsons. There has been a great deal of debate and discussion about this character in the Autism community. The core of the matter has been, “Does Sheldon have Asperger’s Syndrome?” The answer seems to be an overwhelming – “YES.”

However, I am going to take a contrary stance on this question. I say no. My reasons for this are manifold, but let’s start with the fact that the creators of the show state that Sheldon does not have Asperger’s Syndrome. But there are other reasons… In one episode, Sheldon’s best friend tells him that he is “crazy.” Sheldon’s response is classic and hilarious – “No. My mother had me tested as a child.” Tests of that sort (and I know this from personal experience) are exhaustive and would have resulted in a diagnosis, if the condition were present. I speak from experience.

My sister and I both have exceptionally high I.Q.s. We were both tested in the 180s… due to head trauma, brain damage due to medication, oxygen deprivation when we have died for a short period of time, recreational drug use when younger, and electrical shock over the years, we have both lost quite a few I.Q. points. The thing is, we remember what it was like to be that brilliant. I am not telling you this, but to put things in a bit of perspective.

According to the show, Sheldon’s I.Q. is 187. My sister and I spent a lot of time around people in that range… We have made an observation… At I.Q. 165 and above, there seems to be a fundamental disconnect between the individual and the rest of humanity. For she and I, it was a combination of things – the I.Q. AND the Asperger’s Syndrome, but it doesn’t negate our observations. As near as I can tell, once a person’s I.Q. reaches the 165+ range, several things happen. 1) The amount of knowledge they collect and store dwarfs that of people with normal I.Q.s. 2) They process information at an astounding rate.

The conclusion I have drawn is this: to be able to process this astounding throughput of information, they have to have a slightly different wiring in their brains that allows them to collate data, analyze information and draw conclusions in a way different than those around them. While this may sound like Autistic Perception to you, I believe it is different. Exceptionally high I.Q. people do not have a fundamental disconnect on social cues and the finer points of of human interaction… They are, however, most often distracted by thinking. They think big, fast and intricate thoughts… They do this at all times – while driving, sleeping, eating, and while talking to you.

What you have interpreted as the earmarks of an Autistic Spectrum Disorder is actually simple distraction. What they are thinking is so massive in scale that they have precious little mental acuity left to spare on the inconsequential ramblings, repetitions and petty things most people are concerned with. The symptomology is similar, but the mechanisms behind it are different.

Individuals with Asperger’s Syndrome tend to have a higher I.Q. than representative groups, on average. This fact, however, is misleading. You see, to be diagnosed with Asperger’s syndrome, there can be no sign of mental retardation. If mental retardation is present, then the individual, by default, is diagnosed with Autism. So, when calculating the I.Q.s. of Autists, Aspies have removed the lower I.Q. scores from our pool, skewing our numbers.

Because of this, Aspies tend to think that we are, on the whole, smarter than everyone around us… Unfortunately, this is patently untrue.

Because of our odd thought patterns and the weirdness that are required for genius level thinking, Aspies assume, often wrongly, that anyone with a spark of madness and genius is one of us…

I have seen attempts to claim Einstein, Shakespeare, Newton and more. 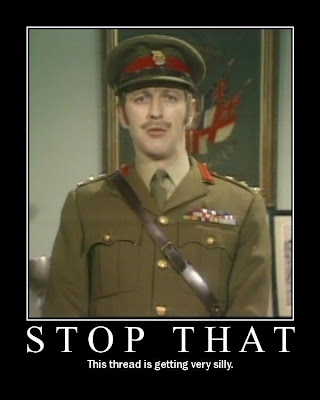 Stop it. No… really… stop doing that… I mean it…

We can’t go back in time and talk to people that have already died… and so we can’t make a diagnosis. And a diagnosis CANNOT be made by anecdotal evidence… It can’t be made without a mental health professional… it requires actual interaction with the person being diagnosed… as such, all of those that are dead and gone, are just that gone… So, who cares if they had Asperger’s? We have plenty of brilliant people in our camp. Trying to claim anyone that we feel is a staggering intellect or who is quirky and making a contribution to our lives is arrogant… in the extreme… and when it is not known to be true… it paints us in a bad light in the eyes of the world and those around us.

So… let it go… be happy that humanity is moving forward and stop trying to plant your flag in places where it doesn’t belong.