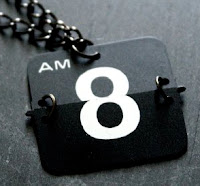 It is, at the moment I started this entry, 25 minutes till midnight on February 21, 2012. Yes. It’s Mardi Gras. For those of you who don’t know, I live in New Orleans, Louisiana. Actually, I live in a smallish suburb that is surrounded by New Orleans on three sides (North, East and West), but that is neither here nor there.

This morning, I went down to the quarter. That’s New Orleans short hand for the French Quarter – remember that, it’s going to be on the test. I wanted to get some photos of the Zulu parade. (Here’s their website) Zulu had at least 30 floats in it. I had a lookout WAY up the parade route (ALL HAIL THE FONDUE GODDESS) at the Melting Pot – a cheesy place to eat.

No. Wait… That’s not right. The Melting Pot – a fondue restaurant.

Last time I checked in with the Fondue Goddess (Seriously, that’s her job title… it’s on her business card), floats A-Z had passed and they were on #4.

Zulu rolls out at 8am from Napoleon and St Charles and drives on up to the quarter. For those of you who have never been to Mardi Gras, you have no idea HOW INSANE it is. I mean it. you have no idea. It is estimated that between 800,000 to 1million people attend Mardi Gras.

Let’s put that in perspective for you. According to the 2010 census, New Orleans has a population of 343,829. That means that Mardi Gras TRIPLES to QUADRUPLES the number of people in the city. ALL of these people are are here for the party and a big part of that is the parades. So.

Zulu rolls at 8am. By 9:25, the first band had reached the melting pot 1.7 miles from the parade start. By 11am, the parade had reached our place at Canal Street and St. Charles Avenue – 1.5 miles from the Melting Pot. Not bad for a HUGE parade. Spread out over that 1.5 miles was at LEAST 30 floats with bands and other things in between em.

Now you know how the parade was running. For a little more perspective, let me tell you how our morning went. We left the house at 6:15 and drove 4 miles to where we parked (along St Phillip beside Armstrong Park). Then hoofed it to one of our favorite places in the Quarter – Unique (They have a face book page, follow them there!) where Glitch bought me an energy drink. (Insomnia was kicking my ass hard core!) Then we went on to our spot. We arrived there at 6:45.

Think about this, so that you can really understand what I am saying. We arrived at 6:45 am. This is 1 hour and 15 minutes before the parade was scheduled to roll, 3 miles away. This is 3-4 hours before the parade is supposed to reach our spot. When we arrived, we were not one of the first ones there. As a matter of fact, people were already 4 deep at the barricades.

After being elbowed repeatedly, told to move (because I was too tall and people who showed up around 10 thought I should give up my space), slowly compressed like a veal calf, having my feet stepped on, having the tourists in front of me head butt my camera and snatch every throw (beads and swag) from my hands, and getting cursed out for no reason I could discern, I decided to leave. We had just seen float G.

Even though we were only there for a SMALL part of the parade (and there were four of them today), I still got some pretty awesome photos of what we did see.

We left the parade route, and headed onto Bourbon Street. Normally, this would be a fatal tactical error, but it was still early in the day, and most of the idiocy was contained on the parade route. I figured that I could get some more photos on our way to the car and I was right. For once.

Bourbon Street, today, reminded me of the pageantry that used to represent Mardi Gras. I saw some people who were truly happy and enjoying themselves. Then I came across some people that piss me off.

Before I get around to telling you about them, I want to explain some things. I want you to know that I consider myself to be very spiritual. I have beliefs that reside very deeply in my psyche. I came to this belief through science… (Schrodinger’s Cat has some intense implications) I do not think that one can be spiritual without being religious. It may not make sense to you, but I draw a wide line between religion and ORGANIZED religion.

With all this, I do not believe that any one person has any real clue as to the nature of the universe, the soul and divinity. There’s no way we can say that we KNOW what lies beyond. I try to live by a couple simple rules. The first is the “Do what thou wilt, an it harm none.” Some call that the Wiccan Rede. It translates to “Do what you want; just try not to hurt anyone.” The second rule is one that I found in a fantasy novel, but it fits so well: “There is no one, true, way.” I take this to mean – “What is right for me is not necessarily right for you.”

There are a lot of people who will disagree with these rules, but they aren’t living my life… and I don’t think they are not reading their “Holy” books, either.

There are a lot of divergent paths in science and even more in religion. Holistic vs. Osteopathic vs. Medical doctors. Jungian vs. Freudian Psychology. Do you like your space foamy or loopy? Are you a Bible nerd, a Quran nerd or a Principia Discordia nerd?

Which brings me to the people that annoy me. Ever heard of the Westboro Baptist Church? Well… they are a bunch of Christian fundamentalist hate mongers. If the people that have become an infestation, like fleas, in my home town are not from WBC, I can’t tell the difference.

They run around with bull horns screaming about how we’re all going to burn in hell just for being at Mardi Gras… Which is mildly ironic because they’re attending it too… One of them screamed, “You should be ashamed of yourself for exposing your children to this filth!” He had a 12 year old with him.

I really don’t have any way to explain why these people upset me so much.

I am a self-described misanthrope. I really dislike people. In spite of this, I have more love for my fellow man than these people who claim to be Christian. A word that means “Little Christ.” The following images are some of these prize winners.

This is about par for the course for Mardi Gras and New Orleans, really… in recent days at least.

I got home and crashed out for a while… and I was going to go back out and get some photos of a uniquely New Orleans phenomenon – the Krewe of Blue. The police clearing the Quarter ad midnight. That’s when Mardi Gras is officially over. State, Parish and City police form a line and literally drive everyone off of Bourbon street. Resist, get tazed and tossed into a paddy wagon. Period. Go straight to jail, do not pass go, do not collect $200.

It is a really cool event that I rarely see ANY good photos of. I was going to rectify that, but I got an update through Project NOLA. Project NOLA posts alerts from the police scanners that never make it into the news. Around 8pm, there was a shooting in the quarter. So I didn’t go.

I’m a misanthrope… I dislike people… and this all makes me feel justified in it.

And that… That makes me sad.

I’m sad now, and I am going to stop typing before I go from sad to angry.

My photos from Mardi Gras 2012 can be seen HERE.