Let’s start this blog entry off by saying I do not believe in PC speech. Not really. Politically corrects speech really serves no purpose except to water down the powerful imagery that the English language is capable of. I seriously have a romantic relationship with the language, so witnessing its destruction is heart breaking.

Now that we have that out of the way – let me state that hate speech has no place in the language. There is no place for it in life, language or anything else. In this day and age, if you feel it necessary to any form of hate speech, you should just excuse yourself from the table, pay the check and leave – we have no place for you. Seriously. Go. Don’t let the door hit you on the way out!
The law aside – hate speech is any communication that disparages a person or a group on the basis of some characteristic such as race, color, ethnicity, gender, disability, sexual orientation, nationality, religion, or other characteristic.
I feel that race, color and ethnicity are all just silly. We’re all the same race. We’re all the same species. There are some differences that CAN be picked out by EXPERTS and scientific methods. However, speaking from a genetic standpoint, there is less difference between the most divergent of humans on the planet than there is between breeds of dog. So, racism is just silly!
Nationality… Really? in this day and age? When we all know that ALL of our governments are keeping secrets and doing shady shit that none of their citizens know anything about. Nationality is similar to racism, but it’s even sillier. I do not know of any country that has a homogeneous population.
Religion? Really? Religion? Religion is a very personal thing. Killing each other in the name of God is just stupid. Plain and simple. 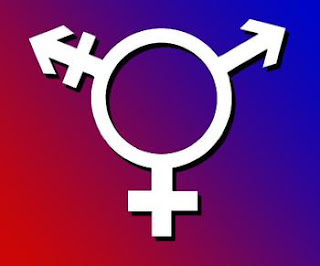 Sexual Orientation. I can’t believe I even have to put this here. For those of you who are religious, you tell us all that god is against bisexuality and homosexuality. How about you let them do what they want… disapprove silently and let God deal with them on the back end. I mean, seriously, grow up. You don’t have to agree with or approve of something that someone does to show them divine love. So let God worry about it and STFU.
Genderism? Really? Gender roles are an archaic concept that should have been done away with decades, if not centuries ago. Equal pay for equal work… Any one who engages in it should be laughed at… loud and hard and publicly… this goes for misogynists and militant feminists. Equity – it’s good for everyone.
Disability… This is where I was heading. Lady Gaga used the term “retarded” in response to allegations of plagiarism. (Story here). Couple this with what happened to Emily at Mardi Gras, pages like this (this page is offensive), and sites like http://retardnews.com/, and we have an epidemic of hate speech that is unofficially sanctioned by society. The lack of shot and outrage when words like this are used, is a tacit if not explicit acceptance.
I am to the point that I feel that all hate speech should be punished. Corporal punishment… tangible and immediate. It’s not like hate speech normally needs a trial. The person does it – there is little excuse or question. He did it! Right there, in front of everyone! Any time someone engages in hate speech, everyone in the room, or within ear shot gets to line up and slap him. 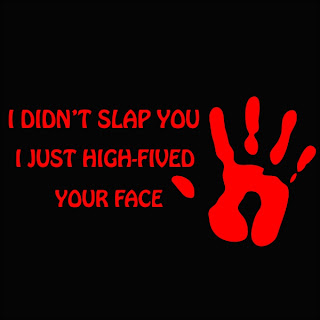 Either that, or everyone lines up and hugs him. 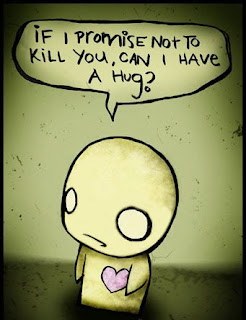 I don’t know which is worse. I don’t care either. All I know is it needs to stop.
I said it last night… but Emily, Amy… you have support all over the place… I know I am just one Asperger’s male with some other emotional issues, but I’m on your side.
The images in this issue SHAMELESSLY stolen from the following sources:
http://www.avoiceformen.com/portal/wp-content/uploads/2011/11/london-school-of-economics-sexism.jpeg
http://www.dna-sequencing-service.com/wp-content/uploads/2012/02/dna-structure.jpg
http://images.sodahead.com/polls/002111771/4332420476_36421777_xlarge.jpeg
http://www.myteeprinting.com/admin/images/I_didnt_slap_you_i_just_highfived_your_face__70641.jpeg
http://busemd.edublogs.org/files/2011/04/hug_006-1btwge0.jpg
Follow me on social media... You know you want to!