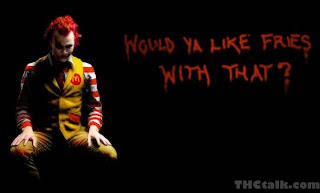 Blaming guns for all this violence is like blaming McDonalds for making people fat.

It’s the mentality of our culture, not the items that are causing the problems.

We have 50-100 (according to FBI estimates) serial killers operating in this country at any one time. Few, if any, of those use guns.

15k murders in this country last year. 9k with guns. If guns were the issue, we wouldn’t have the other 6k murders.

I am not a gun nut, but we need to look at the real issue here. The stigma attached to mental illness and lack of treatment for those people is the real problem and the real cause of the violence in this country. Further, the prison system in the USA doesn’t due anything except create BETTER criminals.

The Bean made a suggestion. Title and tag each gun. (I believe this should include ballistics records and a national registry of the ballistics information) Written test. Practical test. Health restrictions. Periodic inspections and renewals. She had other points, but these are the ones I agree with.

HOWEVER – even these won’t change the fact that most of the murders in the USA have nothing to do with legally owned guns. Sandy Hook wasn’t committed by a legal gun owner. They guns were his mother’s, whom he killed first. 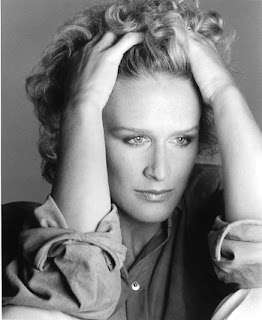 He was sick. According to all accounts, Nancy Lanza struggled to get treatment for her son. We blame guns, but it is a system that prevented this mentally ill person from getting the treatment he so desperately needed, as evidenced by the fact that he snapped and killed 26 other people.

Yes, those deaths are a tragedy, but we, as a nation are missing the point… the state of our healthcare system is in a state that leads to these events. Since we can’t be bothered to get to the root of the problem, and only focus on the tools, we can expect more of these… and since we are a short sighted country, we will never end it until we (as a whole) decide to fix the problem instead of being distracted by the minutia of the situation.

I think Glenn Close summed it up best when she said, “Yet when it comes to bipolar disorder, post-traumatic stress, schizophrenia or depression, an uncharacteristic coyness takes over. We often say nothing. The mentally ill frighten and embarrass us. And so we marginalize the people who most need our acceptance.

What mental health needs is more sunlight, more candor, more unashamed conversation about illnesses that affect not only individuals, but their families as well. Our society ought to understand that many people with mental illness, given the right treatment, can be full participants in our society.”

Images in this issue SHAMELESSLY stolen from the following sources:
http://www.thctalk.com/gallery/data/500/medium/scary-ronald-mcdonald.jpg
http://i2.listal.com/image/73439/600full-glenn-close.jpg