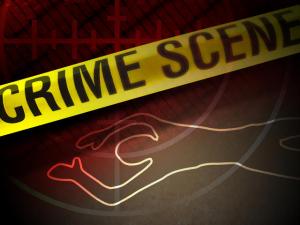 In 2012, there were several mass shootings.
(the following text was pulled from the following source: http://www.washingtonpost.com/wp-srv/special/nation/us-mass-shootings-2012/)

Feb. 21: Norcross, Ga.
4 killed, plus shooter
Jeong Soo Paek, 59, a man with a history of violence and who had been asked to leave the family’s spa, returned later in the evening and killed his sisters and their husbands before shooting himself. The gun was purchased legally.

Feb. 27: Chardon, Ohio
3 killed, 2 injured
T.J. Lane, 17, a sophomore at another area school, reportedly walked into the Chardon High School cafeteria and fired 10 shots at four students sitting at a table. Lane has pleaded not guilty by reason of insanity; his trial is scheduled for January. Lane reportedly stole the gun from an uncle.

March 8: Pittsburgh
1 killed, plus shooter, 7 injured
A former Duquesne University teaching assistant who had been barred from campus, John Shick, 30, began shooting as he marched through a psychiatric hospital. He was shot dead by police. Police said at least one gun was stolen.

April 2: Oakland
7 killed, 3 injured
Former nursing student One L. Goh, 43, who had dropped out of Oikos University, returned to the school, reportedly pulled an administrator into a nursing classroom, lined up students against the wall and began shooting them. He has pleaded not guilty and awaits trial. Goh purchased the gun legally.

April 6: Tulsa
3 killed, 2 injured
Jake England, 19, and Alvin Watts, 33, are accused of targeting random black men in four locations as they drove around town in an Easter weekend shooting spree. They are awaiting formal arraignment. A handgun is suspected but no weapon has been found.

May 30: Seattle
5 killed, plus shooter, 1 injured
Ian Lee Stawicki, 40, who had a history of mental and behavioral problems, was asked by a barista to leave a coffee shop before he stood up and opened fire. He fled and killed himself as police closed in hours later. The guns were purchased legally and Stawicki had a concealed weapons permit.

Aug. 13: College Station, Texas
2 killed, plus shooter, 4 injured
Thomas Caffall III, 35, opened fire on police who approached his house to serve an eviction notice about two blocks from the Texas A&M campus. Police shot the gunman and he died in custody. Police have not publicly stated how Engeldinger acquired the guns.

Sept. 27: Minneapolis
6 killed, plus shooter, 3 injured
As Andrew Engeldinger, 36, was being fired from his job at a sign-making company, he pulled out a gun and shot his two managers, the owner, other employees and a UPS driver as he walked around the building before shooting himself. The gun was purchased legally. 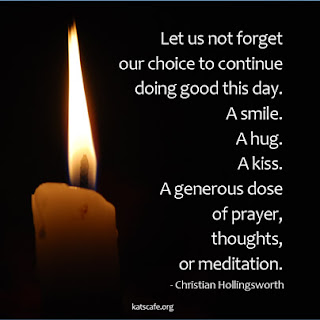 Oct. 21: Brookfield, Wisc.
3 killed, plus shooter, 4 injured
Radcliffe Franklin Haughton, 45, a former Marine whose wife had obtained a restraining order against him three days earlier, entered the suburban Milwaukee spa where she worked and shot her and six other women before killing himself. The restraining order made it illegal for Haughton to buy a gun, but he bought it from a private seller so no background check was required and no waiting period was enforced.

Dec. 11: Happy Valley, Ore.
2 killed, plus shooter, 1 injured
Former gyro shop employee Jacob Tyler Roberts, 22, wearing a white hockey mask, opened fire randomly inside a shopping mall. Officials said his gun, reportedly stolen from an acquaintance, jammed during the spree but he killed himself with a final shot. Police said Roberts stole the gun from someone he knew.

Dec. 14: Newtown, Conn.
27 killed, plus shooter, unknown number injured
According to police, Adam Lanza, 20, entered Sandy Hook Elementary School and shot and killed 26 people, including 20 children, and then himself. Police said that Lanza killed his mother at a secondary crime scene. The guns were legally purchased by Lanza’s mother.

Dec. 21: Frankstown Township, Pa.
3 killed, plus shooter, 3 injured
A gunman shot a woman through a church window, a man in a nearby home and the driver of a car he had hit while fleeing. He then hit a police car and was killed in a shootout. Three troopers were injured.

A man with a criminal history shot and killed two West Webster, N.Y. firefighters and seriously injured two others as they responded to a fire at his home.

However, I feel that the bigger tragedy is that people take advantage of the loss of human life to make political statements about gun control. They ignore the actual cost… the end of a mind, and some would say a soul due to the actions of a mentally ill individual and cash in on it in the political arena…

I know, people do this all the time, and I have my personal theories about other tragedies and political agendas, but I won’t bore you with those… I will say, instead that these people make me sick.

And let me tell you the reason… Simply put, these gun control and “Let’s ban guns” people are wrong.

Wait… you are saying if it weren’t for guns, those people would still be alive?

Right. So… guns are the cause of this violence… that’s what you’re saying, right? 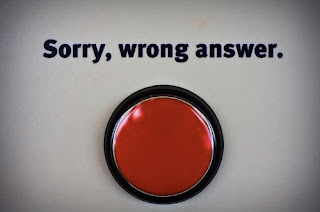 WRONG!
I am have asperger’s. I have been diagnosed with several issues that involve violent tendencies… I also have firearms. I am proficient with them… VERY proficient with them. I have mixed bipolar and PTSD… I have, in the past, almost committed murder due to situational stress that triggered a hypomanic episode (with mixed bipolar, that is a dangerous situation) and eventually a psychotic break…
And guess what? Never once have my guns been involved. I didn’t even consider it.
Further, let’s take a look at australia… who instituted a gun ban in 2002…
Guess what? It didn’t work.
In 2006, assault rose 49.2 percent and robbery 6.2 percent.
Sexual assault — Australia’s equivalent term for rape — increased 29.9 percent.
Between 1995 and 2007, Australia saw a 31.9 percent decrease; without a gun ban, America’s rate dropped 31.7 percent. 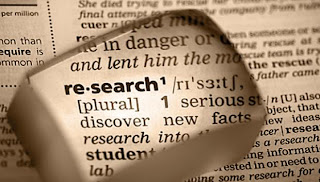 During the same time period, all other violent crime indices increased in Australia: assault rose 49.2 percent and robbery 6.2 percent.
Overall, Australia’s violent crime rate rose 42.2 percent.
At the same time, U.S. violent crime decreased 31.8 percent: rape dropped 19.2 percent; robbery decreased 33.2 percent; aggravated assault dropped 32.2 percent.
Australian women are now raped over three times as often as American women.
I mean it when I say this: I respect your opinion, but you state it as if it is fact… And since we have proof to the contrary, you may wish to research and revise…
Images in this issue SHAMELESSLY stolen from the following sources: