After reading those two statements, you are asking yourself, “What is cognitive dissonance, really?”

The best example of cognitive dissonance I can come up with is this: Have you ever been at the table at a restaurant, reached for your glass, but instead of coca-cola you take a big swig of sprite instead. (insert your favorite beverage, don’t nitpick this part of it, please). That moment where your brain screams out “What the hell, man? What? Where? Why? What???” That is cognitive dissonance.

I want to be in shape, but I want an ice cream cone more.

I want to eat healthy, but I want McDonald’s more.

I want cigarettes, but I don’t want to die from them.

Each of these examples is simplified, but it gets the point across. Two different cognitions are pitted against one another. The levels of wantiness are compared and the choice that is wanted more is the one that is decided on.

These wants can be enhanced by many factors, addiction, association, habit, etc.

The mechanisms are much the same in an Aspie as they are in an NT, but certain differences in wiring and cognition lead to a drastically different outcome.

In your relationship with your Aspie, it will be rare that you will come across something that your Aspie “kind of likes”. Aspies tend to be all or nothing… translation: your Aspie will (as a general rule) LOVE something; or they will HATE it. The only things, thoughts or ideas your Aspie will feel moderately about are things they have no information on or have never experienced. 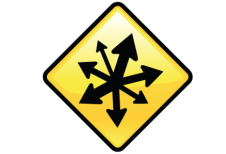 This makes decision making difficult at times. If your Aspie has video games as one of their SPECIAL interests, they will be able to rattle off a long list of games that they have a palpable and overriding desire to own or play. If you buy them one of these games, they will be infinitely prolific in their thanks.

Now… Take your Aspie to Game Stop, Play-n-trade, or Best Buy with a gift card that has enough money on it for one of the games. I recommend bringing a folding chair, a drink and something to eat – you are in for a long wait.

Where an NT would walk in and say to themselves, “I have the money for one game… the one I want the MOST or the one I have been waiting for the longest is…” – your Aspie can’t do that.

When your Aspie likes or wants something, it is at 100%. There is no, “I have interest in that game,” or “I kinda want to play that game”… There is only, “I WANT THAT GAME.”

Meanwhile, the Aspie has three settings -1 for I hate it, 0 for I don’t know it, and 1 for I LOVE IT. So Game A is at 1, Game B is at 1 and Game C is at 1. I am sure you can see how the conflict resolution is difficult in this situation.

And this is how your Aspie will live his life, constantly trying to resolve the dissonance caused by equal wants and needs. 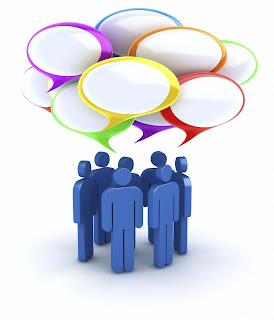 How does this relate to communication? I am glad you asked.

Since there are no shades of grey (greys are defined by a percentage from 0% – white, to 99%- almost black), your Aspie will apply the same congitions and functionality to words and communication. There are several ways that this will apply to communication.

The first way is that they will use the dictionary definitions (or what they think the definitions are) without the emotional connotations often attached to the words. Example: Prostitute versus Whore. These two words are identical in meaning. A person that performs sexual favors in exchange for money, goods or services.

Yet, when dealing with a prostitute, it is offensive to call them a whore. While the words have the same definitions, they do not mean the same thing. Your Aspie will not know this, and will be bewildered by the fact that this person is offended by being labeled in a way that the Aspie feels is accurate. This will lead to a bout of cognitive dissonance.

Why? Because in this moment, your Aspie is confronted with the fact that his perception of the world is wrong – something that we battle with every day. When you spend most of your life trying to understand and be understood (which is a lifelong and constant battle for Aspies), being slapped in the face with the fact that you failed at it is demoralizing.

The cognitions at work are simple. “I’ve got this. I understand it.” versus “Wait! What?” The conflicting thoughts resonate in a dissonant manner. The Aspie brain is unable to let go of the thoughts and move on…

The second way is lies. Your Aspie won’t lie. Let me reword that… There are some Aspies that have problems with telling the truth… there are comorbid issues that can cause this, but we are discussing your average, run of the mill Aspie. (as if there is such a thing) If your Aspie lies, there is something really big at work here and is something that you need to sit him down and discuss.

But your average Aspie is confounded by lies. Neurotypicals lie at every turn. Most of them are harmless little social lies. They will compliment each other’s clothes, lie about their feelings, wear emotional masks and say things like, “I’m fine.” 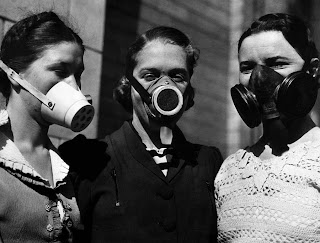 Your Aspie will take all these words at face value. When you had a deeper meaning behind what you said, your Aspie will not catch it. As a result, most NTs get upset and the Aspie is bewildered… Confusion results and cognitive dissonance follows.

From the Aspie standpoint, Neurotypical conversation is fraught with these potholes – little lies, illogical behavior and outright irrational communication patterns… Any and all of these can cause a dissonant episode for your Aspie.

Cognitive dissonance for the average NT is something that is easily dealt with. As with the soda example, the dissonant episode will last for a short time, then the NT mind is able to shake it off (in this example, almost literally). They shake their head and walk away, mentally speaking, from the cognitively dissonant episode with ease. Neurotypicals evolved like this to prevent damage, it is just how you are.

In your Aspie, a dissonant episode is a great deal harder to walk away from. Cognitive Dissonance can actually remain in the Aspie mind for a long time, and if it is strong enough, it can cause damage. Actual, physical damage to the Aspie brain.

Interrupting the cognitive dissonance loop can be done easily by distracting your Aspie. This can be done with absurdity, a special interest, a favored treat, a change of topic or a change of location. Remembering this can be a required skill for the happiness of your Aspie. 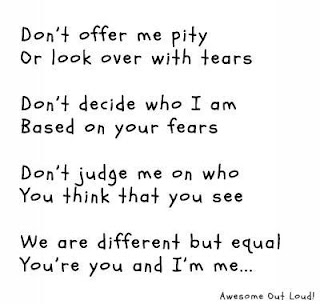 7 thoughts on “Care and Feeding of Your Aspie: Part 5 – Cognitive Dissonance, Decision Making and Communication”