So… you have an Aspie in your life. At least, that is a safe-ish assumption since you are reading this. It is also, I believe, a safe assumption that you are looking for a certain amount of understanding. To facilitate this, I am going to dispel some myths about Asperger’s Syndrome as well as laying down some history.

Hans Asperver was an Austrian pediatrician. In 1944, he described the behavior of four subjects (all boys) that shared similar symptoms. These symptoms would later be classified as Asperger’s Syndrome. It went unknown until 1981 when Lorna Wing (an English doctor) published case studies of a group of children that displayed the same set of symptomes.

As you know… Or may not know… when multiple (two is considered multiple) studies produce similar or identical results and symptoms, it is a big deal. It is establishing a pattern. Patterns are how we, as humans, work… further, they allow us to classify mental and physical issues… Symptoms are a pattern.

Asperger’s is classified as a pervasive developmental disorder. According to www.thefreedictionary.com pervasive developmental disorders are “Any of several disorders, such as autism and Asperger’s syndrome, characterized by severe deficits in many areas of development, including social interaction and communication, or by the presence of repetitive, stereotyped behaviors. Such disorders are usually evident in the first years of life and are often associated with some degree of mental retardation.”

Aspies, by definition, don’t have deficits of language or cognition. If either of these are present, the individual will be diagnosed with Autism. We do, however have issues with interacting, communicating and connecting with others. We are also unable to pick up on social cues.

Some say we are unable to express our emotions. I disagree with this. Due to our inability pick up on social cues, Aspies have never learned how to express our emotions in a way that is easily understood by Neurotypicals. On a personal note: I have actually been told that there is “No way” that I can feel the way I do or that I am capable of the things I know about myself.

Aspies will often exist at the extremes of behavior: Either they are orderly, obsessive and metered and can have tantrums or meltdowns if things are not “Just So” – or – their life is a whirlwind of chaos and disorder and will have a lot of problems dealing with the day to day tings. This is a general statement, not an absolute – like all things Autistic, it is a spectrum.

Social ineptitude can lead to awkwardness, complications, rivalry and even trouble.

There has been a lot of media attention to Asperger’s in recent years… And and as with anything that’s in the news, misconceptions have come into being. 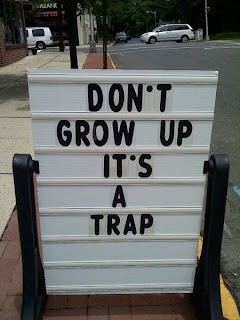 Myth #1 – an Asperger’s child will grow out of it.
For some reason, people have started to believe that Asperger’s is childhood disease. As such, there is an unfounded belief that children will grow out of it. This is blatantly untrue… to a certain extent. If your Aspie is lucky, they will encounter someone in their life who is able to translate NT to Aspie. If they can find that, and that person is patient and intuitive, they can educate their Aspie. It is rare, but it does happen.

Simply put – Aspies can’t do the social things that NTs do intuitively. When a Neurotypical walks into a social situation, within moments they KNOW what is going on. Because your Aspie cannot intuit these situations, they are often lost – BUT they are called social SKILLS for a reason. Skills can be learned.

So, if you have a talented and patient teacher AND an Aspie who is DETERMINED to succeed at all of this, it is possible for them to learn how to wade into the social arena with a certain amount of savvy and skill. This does not, by any means, mean that the Aspie will grow out of it… It only means that they have the capability to learn certain aspects of social interactions. However, the underlying mechanisms and symptomology of Asperger’s Syndrome will still be in evidence and attendance for their entire lives.

As of yet, there is no cure for Autistic Spectrum disorders.

Emotional Empathy is basically the dictionary definition of empathy: the intellectual identification with or vicarious experiencing of the feelings, thoughts, or attitudes of another. Your Aspie is capable of this… and in fact is extremely skilled at it.

Tell your Aspie that you are sad, and they will demonstrate adequate empathy… but please do not expect them to be a mind reader.

Myth #3 – Aspies do not make Eye Contact
It can seem that way, honestly. But your Aspie WILL make eye contact… However, like with ALL social interactions, it is often in inappropriate or odd ways.

Often, we become intensely aware that someone else is trying to force eye contact or REALLY wants to look us in the eyes… and we over compensate… STARING.

Myth #4 – Aspies are aloof or un-interested in other people.
As an Aspie, I can dispel this myth. I have spoken to a great number of Aspies. Guess what? We are just like you… we want and need interaction and socialization. It is hard. We don’t get the social cues, laugh at inappropriate times, are perceived to be without empathy, are perceived to be talking about ourselves constantly (when in reality, we are gabbling on about our special interests)…

In reality, at times, we don’t realize that others have different thoughts and feelings than we do. And since it is considered rude in NT society to correct someone, we never see the fault in this assumption and NTs assume that we are arrogant and uncaring.

We also, often, are not equipped with the proper repertoire of emotional responses which leads to more social awkwardness as NT feeds off of Aspie and vice versa in a vicious cycle. 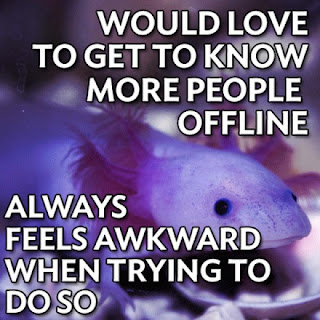 Myth #5 – Aspies have social phobia.
While most Aspies do struggle with anxiety, on the whole, they don’t have social phobia. In many cases, it may seem that way, but in all honesty, it is that parties and large social gatherings are RARELY engaging for us. In any group of people (except for those special groups that meet just for that interest), it is rare for an Aspie to find anyone that is interested in their Special Interests.

Further, as far as I can tell (and this is a blanket statement, not a statement of an absolute), Aspies rarely enjoy the activities that are routinely engaged in at parties – loud music, drinking, and just talking about nothing. While I know there are some Aspies that have addictive personalities and will engage in drunken debauchery, for the most part – with our sensory issues and cognitive dissonance issues – it is rare to find an Aspie that will enjoys being altered chemically.

In my case, being drunk was unpleasantly similar to many of the medications they tried me on in my youth.

What is often perceived as phobia is a case of your Aspie having no interest in the proffered activity.

And, HONESTLY, most nerds are not on the spectrum – no matter what people think.

Myth #7 – Asperger’s and Autism is caused by vaccines
I covered this on my blog before… (>>>Clickable Link<<<). I went into it in great detail. This myth is based on an incorrect understanding of chemistry, physics and biology. Jenny McCarthy, the champion of “vaccines are the cause”, also stated that gluten was the reason her son was autistic… she fed him a macrobiotic diet and it “CURED HIS AUTISM.”

This… is bunk… I wanted to use stronger language, but I am making a concerted effort to be proper. Jenny McCarthy…is an idiot on this topic… and probably every other topic, but most certainly this one. 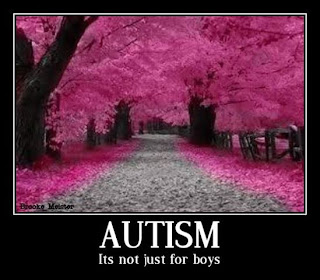 Myth #8 – Only males can have Asperger’s
There are many females with Asperger’s Syndrome. Many remain undiagnosed for a variety of reasons, but they still can have Asperger’s. I can confirm this… My sister is an Aspie as well. Most of this has to do with the social restrictions put upon young females, and that many of the social traits of Asperger’s are seen as more acceptable in a female.

Myth #10 – Aspies and Autistic Spectrum individuals are mentally retarded
The fact of the matter is that to be diagnosed with Aspergers, an individuals MUST have at lease normal intelligence. The diagnostic criteria state this clearly. If there is mental retardation, then the child will (most likely) be diagnosed with Autism.

Myth #11 – All Aspies want to be cured
This is honesty a rarity. Many Autistic Spectrum individuals feel that there is nothing wrong with them. Others think that AS is not a disease, simply being wired differently. Regardless of whether we want a cure, by the time we reach adulthood, a cure would be pretty useless… even if we could SUDDENLY make sense of the social and sensory inputs we are experiencing, by the time we are adults, these personality traits have become an intrinsic part of our psyche and who we are. 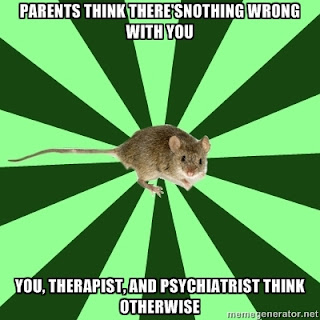