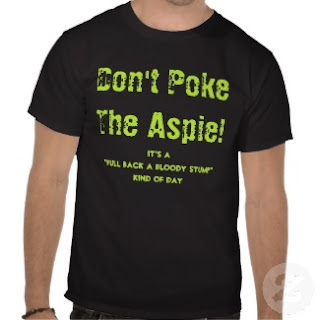 I know I have been making a big deal about how difficult having an Aspie in your life can be… And I’ve caught a bit of heat for it. The point of it has been to give you an honest and open appraisal of who and what we are. And I know… we’re all different people. That’s why there is so much to cover in this series.

As one of my readers pointed out, sometimes it can come across as “Us vs. Them” and at one point made a comment comparing it to the invasion of Poland.

So… I’m going to say the things that have not been said… that I probably should have. Yes… it can be a huge pain in the ass to have an Aspie in your life. We can be rude, confusing, standoffish, angry, embarrassing and sometimes, childish. If you can get past all that, you will discover something… There is no person better suited to be a friend to you, to tell you the things you want to hear, to be the ultimate support structure. Aspies (on the whole) are funny, creative, intelligent and FIERCELY devoted to those that make the effort. We have problems making friends… so when we FINALLY do get someone into that “ZONE”. That person is a friend for LIFE… I am serious here.

Let’s just look at my friendships… There is the Business Partner – 6 years of active interactive friendship. P.K.S. – 20 years… YES… 20 years. Shade – Her mate and my best friend – 20 years. The fluffy one –  22 years. Suavo – 18 years. The Bean – 17 years. I think you can see the trend here… God, I hope you can see the trend, cause that’s them. I have others, but they are newer relationships.

So, if you can foster a relationship with your Aspie, even if they never say anything about it, even if they don’t express how much they appreciate it… you have entered into an intense and beautiful relations. 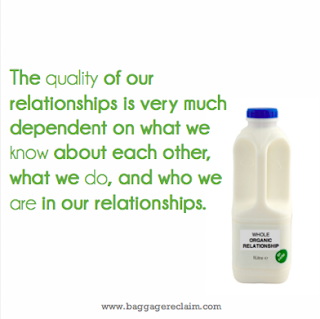 But, it’s not fair to you to let you come into this crossfire unprepared. You can see why I want to be fair, right? If I outline the problems you MIGHT encounter and paint them in the worse light possible… when you get to that hurdle, you can say… that wasn’t so bad, was it?

Speaking of fairness… I know, Holy Segue, Batman! We tend to have a very black and white view of things. This is part of how we are wired. This leads to a very strong sense of right and wrong… or more specifically, fair and unfair. And the Aspie may not know that is what this specific mechanism is manifesting as, and may use the terms right and wrong instead.

You may find yourself on the wrong end of Aspie outrage due to something they have witnessed or an event out in the world. Things like people bashing a tennis player because of the fact that she is not an amazonian goddess, but she still won (story here); the reactions IN FAVOR of this asshat (story here); states infringing on gay rights in SPITE of the laws protecting it (story here); the choices that businessmen have to make due to the new healthcare laws (story here); these asshats (story here); or something as simple as the way people treat their servers at restaurants (stories here). Hell, even something as simple and commonplace as a line jumper at your local grocery store can invoke that sense of fair play, make your Aspie angry and can completely ruin their day due to the anxiety, outrage and (yes) even rage at this violation of right and wrong.

And honestly, your Aspie may be exposed to these things and not even know what has upset them. I know that I’ve been there, personally. They experience something that is unfair, whether it be to them or to another, and it doesn’t sit right… This can and, often, does cause cognitive dissonance… And as we’ve discussed in the past, unresolved cognitive dissonance will feed back on itself.

You are out of balance due to dissonance, which makes you question why you are dissonant (why do I feel this way?) and the nature of cognitive dissonance is such that once it is invoked in the Aspie mind, we may not be able to see back to the beginning and all we can do is wail, “I don’t know!!! I am just… upset!”

As a result of this, the unconscious mind (such as it is in Aspies – which is a topic for another day), will develop a defense mechanism. After being exposed to unfairness, then developing into a full blown dissonant loop event (patent pending on that term) a couple times, the brain finds work arounds for the resulting chaos and systemic problems caused by these events. 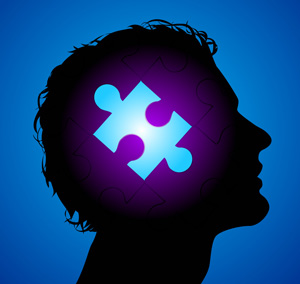 Unfortunately for those around us, the Aspie brain takes the most expedient route in most cases… i.e. When confronted by unfairness, we confront it… head on… when pushed, we push back.

In physiological terms, this means that the Aspie will become agitated and angry. These emotions stimulate different parts of the brain allowing function to be shunted to a different processing center, bypassing the dissonant areas of the brain and allowing the offending stimuli to be removed in an efficient and expedient manner.

The following is an example from my life and is considered intensely personal. This was 7 days after the terrorist attacks on the World Trade Center (9/11). I was a college student at the University of Missouri (Columbia). I am walking to class and I look to my left and there are six or seven Caucasian men in a semicircle against the wall, yelling at something. I walk over to see what is going on. There is a small middle eastern (actually Indian) man on the ground with a bloody nose. He has curled into the fetal position and is weeping.
The men are standing over him, yelling… (I know, I said that already.) They are saying a lot of racist things to this poor man. I can only two of the comments. “Go back where you came from, towel head ***Expletive deleted***” and “We’re going to punish you for all those people you ***expletive deleted** killed.”
There was no other option… this was not fair. Not only was the man at risk for his life, but it was for something that he had no connections to. (I swear, Americans have no cultural awareness, or eye for physical differences between cultures) I was outraged… in the extreme. Cognitive dissonance started, but was shorted out and cut off by the rage reflex, preventing a dissonant loop and (as my friends call it) brain vapor lock. Instead of witnessing, I acted.
I stepped into their semicircle and said… Said is a misnomer… I bellowed… “Hey! Why don’t you pick on someone MY size.” Let me paint you a picture here… I am 6’9″ (yes, almost 7 feet tall and that is Over 2 meters tall for my metric friends). I weighed in at 220 pounds (99.8 kg). I have shoulder length flamingo pink hair at this point… Combat boots, leather jacket, chain on the shoulder, wallet chain, etc… I am sure that when the Pink Crested Weirdo stepped up and presented (a naturist term for aggressive stances in wild animals used to either intimidate a rival or attract a mate)… they were taken aback. There was still violent action, I was cut and bruised, but it was the right thing, the fair thing to do.

This is, I admit, an extreme case… but think about this… In every situation, since Aspies do not have the shades of gray required for a polite resolution to these situations. As such, when confronted with something so far out of the realm of right or wrong (i.e. fair or unfair), they are going to react in the extreme ways that they feel the witnessed behavior warrants.

Often, this will come completely out of left field. You will be having a good day, and BANG!, your Aspie is on a tear.

However, this can also make you realize how precious your Aspie is to the world.

This is another example from my own life. The Bean and I were eating at a buffet. There was an older couple talking about the summer camp they run for disadvantaged youth. Everything in the camp is run by volunteers, no one takes home any pay. It gives these children a chance to do something other than sit at home, alone, all summer while their parents work.
The cost per child to the organization running the camp was $50 a child. They were short that summer, and were likely going to have to turn away several children.
This wasn’t fair. There were good children that needed this program. I knew from personal experience that a summer of heat so stifling that they had to stay indoors and be bored was miserable.
I happened to have an extra $50 in my pocket. So I gave it to them.

We are capable of what others will consider kindness… but it is only in the interests of fairness and equality.

Don’t be shocked if something in the media or their life causes your Aspie outrage. We are often told that we are over-reacting. And perhaps that is true, but I believe that some over-reaction is necessary. Perhaps if people reacted, or better ACTED to prevent the injustices in the world, Aspies wouldn’t have to OVER-react. Pay attention to their distress in these issues, and you might be outraged, too.

2 thoughts on “Care and Feeding of your Aspie: Part 21 – Aspies, Outrage and Fairness”