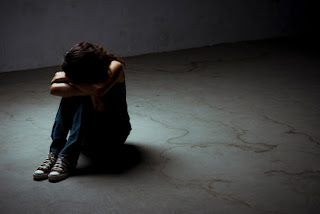 The reason that I am discussing this is that there are a lot of misconceptions surrounding what depression really is.
I have read many people talking about how they can identify with those of us with depression, bipolar and greater depression… I try not to minimize the experiences of others, but I have to in this instance.
There is a difference between having an emotional response that is depressing and the realities of clinical depression and bi-polar disorder.
To facilitate communication in this piece, I will be using the blanket term “bi-polar” for all clinical depressive conditions and “depression” for the emotional condition. Clinical depression is not an emotional condition. While depression can accompany down cycles, it is not a given.
Simply put, depression is a reasonable response to emotional stimuli. When something sad happens, you experience depression, heal emotionally, and move on. Bi-polar is almost, but not entirely, unlike this.

Often, a bi-polar down cycle will not include the emotion of depression. It is possible, with cognitive behavioral modification (EXPLAINED HERE), for an individual to pull themselves out of a depressive episode… with bi-polar down cycles, this is not possible… at least, not without chemical intervention.

Bi-polar is an illness that involves body, thoughts and moods. There is drastic alteration in sleeping patterns, the way you think and feel about yourself and others around you, and even the way you eat. Without treatment, bi-polar down cycles can last for weeks months or years.
I could give many professional accounts or distill clinical reports to tell you what the psychiatric professionals have to say about the condition, but I think it might be better to share my own personal accounts.
Let’s start by talking about manic phases. A manic episode is described as an elevated or expansive mood. That is a very minimalistic… almost ascetic way to explain it. Your self esteem balloons… not in an arrogant way, but you are certain that you can do ANYTHING you put your mind to, even if these ideas are inherently flawed. You don’t need to sleep. Your ideas fly through your head like bullets out of a chain gun. You have difficulty focusing… You can’t sit still. You talk fast… I mean really fast.

You feel ten feet tall and bullet proof… And here’s the weird thing… YOU DON’T KNOW that you are being like that… you just feel good… too good… good, powerful, capable and energetic.

When you get into a down cycle… that all changes. I can’t get out of bed. It’s not that I am too depressed to get up… it’s like I am sick. Have you ever had the flu and been too exhausted to even get up and pee? That’s what it is like. I am an insomniac in my every day life… but when depressed, I will sleep for days on end.

I can’t eat when in a cycle. Just no appetite… and forcing something down into my stomach will make me nauseous. I feel as if I am worthless… Like my films, writing, art and photography are worthless. I can’t focus. Even on my favorite things… I can’t edit movies. I can’t play video games. I can’t write… My sex drive falls off. I can’t cook. The phrase, “I hate,” pops into my head from time to time… completely without stimulation or reason. It just pops in there… ESPECIALLY when I am not thinking about anything else.

I know, this all sounds like depression… but I’ve been depressed and had bi-polar down cycles… handing a depressed person chocolate, or a puppy, or a kitten, or a soda can help for a while (until they are healed emotionally), but not with a down cycle.

From here on on, the term depressive represents the down cycles of bi-polar. There are further complications that can compound these issues.

Rapid cycling bi-polar:
Rapid cycling is defined as four or more manic, hypomanic, or depressive episodes in any 12-month period. While I am sure that this happens in some cases, in reality… most people that are rapid cycling (at least the ones I know) can cycle from a depressive cycle to manic multiple times in a week… or sometimes even a day. These rapid changes can make someone unpredictable at best.

Greater Depression:
Instead of being bi-polar, Greater Depression is referred to as unipolar… This means that someone will have down cycles without ever experiencing the euphoric, unreal, super-manisms of a manic, hypomanic or hypermanic phases. They will go from normal to… bleh… and stay there sometimes…

MIXED Bi-polar:
Imagine if you will… being able to have both a depressive episode and a manic, hypomanic or hypermanic episode simultaneously… A mixed bi-polar individual will be both depressive and manic at the same time. I should re-word that… Try to simply wrap your mind around that concept. I can guarantee that, if you aren’t mixed bi-polar, there is no way that you can actually imagine it. Needless to say, it sucks.

So, if your Aspie is one of those unfortunates that are afflicted with some form of depressive or bipolar disorder, they may need some additional understanding at times. Please don’t tell them to just suck it up… research their specific brand of depression and work with them, help them. 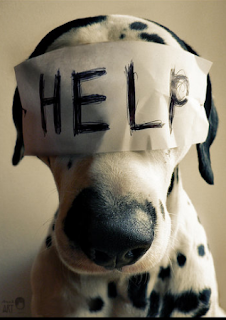