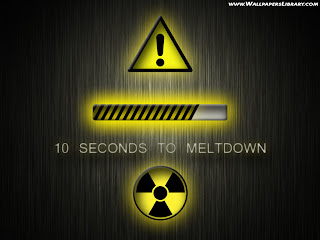 I have been putting off this issue for a while. No Autist (Autistic Spectrum Individual) wants to discuss meltdowns. Discussing it is a reminder that we are different. If you have an Autist in your life, and you have never experienced a meltdown… You are one of the lucky few.

I have covered tantrum avoidance in this series before, but I do not feel that I have really described what a tantrum is. The following are not terms used by mental health care professionals, but are being used to help express ideas and differentiate certain concepts to make certain things clearer.

Type 1 tantrums:
This is your standard tantrum. Every child is capable of these. A type 1 tantrum is a demonstration of emotion in an attempt to manipulate a situation to their advantage. In this kind of tantrum, the attention of someone else is REQUIRED. There will be glances to make sure that they are being observed. Traditionally, this is the type of tantrum that can be made to go away by ignoring it.

Type 2 tantrums:
If you have children – Autistic or otherwise, you have seen this kind of tantrum before. It often leads to long, heart breaking crying jags and doesn’t seem to respond to normal tantrum coping mechanisms.
Ignoring a type 2 tantrum will not solve or diffuse the issue.

Type 2 tantrums are the difficult ones to deal with. These are an outburst of emotion due to excessive stimulation – whether it be sensory stimulation or something far more insidious – emotional stimulation. All Autists, regardless of age, are capable of this kind of tantrum. These tantrums are rarely used to achieve any specific goal. Well, that is not entirely accurate. There will be a goal to this type of tantrum. To remove the offending stimuli. 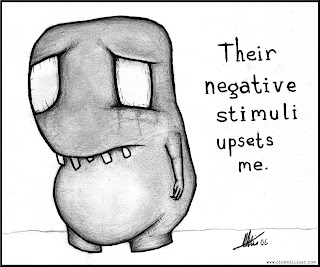 The term, emotional stimulation, can be confusing. It can be anything from an unfulfilled desire (for an object, food, a different stimulus, being alone, or a change of environment). It can come from unwanted attention, a desire for attention, an argument, disagreement or difference of opinion.

Tantrum vs Meltdown:
I have heard parents say that they don’t think that there is any difference between a tantrum and a meltdown. They say that a meltdown is just a bigger type two tantrum. To a certain extent, this is true… but I do not feel that it is wholly accurate.

A meltdown MAY share the same mechanisms as a tantrum at the start of the event. However, once it shifts from tantrum to meltdown, it changes. The following information is presented as someone who has had meltdowns in his adult life.

Yes, as an adult, I have had tantrums. Sometimes the manic cycles of comorbid bi-polar or sensury issues of autism lead to a build up of pressure, emotionally speaking. The outbursts from this emotional pressure can be intense, sometimes long lasting and horrific. The main thing about these events is that (in spite of the irritation, anger and irrationality) we are rarely tempted to be violent. There may be flailing as a reaction to continued stimulation, but this is not intended to be violent.

The mechanisms of a tantrum are actually a defense mechanism of the Autist brain to remove offending stimulus and attempt to regain an emotional equilibrium.

In a meltdown… this changes… If the mechanisms are the same, then I can only say that they are in overdrive… on steroids… Often a tantrum will be in response to stimuli, either physical, sensory or emotional… Once we pass from tantrum, into meltdown, those mechanisms are magnified to the point that they stop being a defense mechanism and instead, shift from a coping device into actually being the problem. They feedback on themselves and cause a dissonant event.

Symptoms of a meltdown are as follows:

The tactics used to diffuse a tantrum will not be effective once it crosses over into a meltdown. This means that, aside from severity, the one thing that sets a tantrum apart from meltdown is the inability to diffuse it. 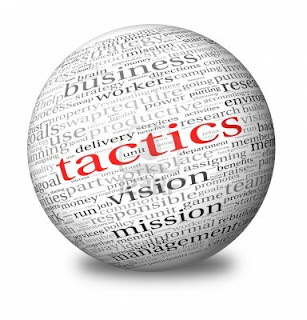 When you are faced with the a meltdown situation, and it becomes clear that the event cannot be avoided, it is best to accept that and try your best to not add stimuli to the situation. it will only serve to make the event worse. As hard as it may be for you to do this, it is best to simply endure. Accept that this is a force of nature that you are facing down.
At the end of the meltdown, after care is very very important. You AND your Autist are going to be exhausted by what has happened. Your Autist may be physically battered and bruised. They will most certainly be emotionally battered. They will need comfort, love and support.
This next statement may upset some Autists or their care-takers, pet NTs or parents, but it is my personal opinion. I believe that the aftermath of a meltdown is harder on higher functioning Autists… I have spoken to the parent’s of low functioning Autists and to some lower functioning Autists themselves, and the meltdown seem to be forgotten by the Autist after a relatively short amount of time. For those of us who are higher functioning, we are stuck with the memory and realization that we behaved in a way that runs completely counter to the way we normally behave and feel. We were mean, rude, vulgar and possibly violent to those we love… we may have broken favorite objects, furniture, tools or even ourselves…
And we are stuck with it. It is seared into our brains, permanently. Some of us are stuck with the memory of what said and did… and it leads to guilt. I can tell you, from personal experience, that it sucks. So, after a meltdown, be sure to provide the much needed after care. Give your Autist the love, caring and possibly space they need to process what has just happened.

Images in this issue SHAMELESSLY stolen from the following sources:
http://www.wallpaperslibrary.com/Wallpapers/Funny/meltdown-wallpaper.jpg
http://fc07.deviantart.net/fs12/i/2006/269/5/f/Negative_Stimuli_by_NickMilliner.jpg
http://us.123rf.com/400wm/400/400/olechowski/olechowski1206/olechowski120600053/14255677-business-tactics-and-strategy-in-word-tag-cloud-on-3d-sphere.jpg
http://www.tuckerfuneralhomes.com/images/aftercare1.jpg
Follow me on social media... You know you want to!