I have been writing this series under a conception that was fostered by the basic classification of Asperger’s Syndrome. In the DSM, it has been listed as an Autistic Spectrum Disorder. And, as such, I have been approaching it from that precept… that Asperger’s and Autism are different manifestations of the same physical issues.

I have even gotten into several very heated discussions… No, that’s not right…I have gotten into the forum equivalent of screaming, hair pulling, knock down, drag out, fights over this point. I stuck by my guns… simply because that was the classification – an Autistic Spectrum Disorder. And that is, honestly, part of Asperger’s–obsession with technicalities and parts of things. Since it was classified as an Autistic Spectrum Disorder… that’s what it was. But it was only classified as such because we really didn’t know any better.

Recently, I wrote a piece about High Definition Fiber Tracking and Temple Grandin’s Brain vs. a Neurotypical Brain. There were marked differences in the physical structure of NT and her Autistic Brain.

There is another technique that is being applied to research into Asperger’s Syndrome and Autism. It is known as an Active or Functional Magnetic Resonance Imaging scan. An article about it (HERE) says the following:

“Functional Magnetic Resonance Imaging (fMRI) is a type of MRI that allows you to see which parts of your brain are active when you perform different tasks or feel certain emotions and sensations.

Brain activity requires energy and a good supply of oxygen-rich blood. The scanner can see the increase in blood flow to the most active parts of the brain because it can detect the difference between hydrogen nuclei in oxygenated blood and those in de-oxygenated blood. In this way the scanner builds-up a 3D map of which parts of the brain are working particularly hard.

fMRI mapping of the brain is used to find out how the brain carries out mental tasks and what parts of the brain are responsible for different brain disorders.”

Basically, the MRI scanner is used in real time (Thanks to a huge bump in computing power in recent years) to see where the blood is flowing in the brain. I haven’t done any research into it, but I am going to assume that it is either by tracking the water or the iron in the blood, but I could be completely wrong about it.

Recent studies have compared fMRI scans of Autistic and Asperger’s brains. These scans show that the processes associated with both conditions are different… and distinct. Meaning that Asperger’s Syndrome and Autism MAY have the same root cause, but it manifests in a difference in the structures of the brain. Though, for the purposes of this discussion, the causes don’t matter… regardless of the cause, the fact is that the studies are showing consistently, that Asperger’s and Autistic brains are functioning differently…

I have a couple issues with this. The main issue that I have is in on my end. It puts a kink in my think… Since I have spent the last 20+ years under the assumption … no, that’s not the right word. I was told for 20+ years by professionals that Asperger’s and Autism are different aspects of the same physical condition. As this research progresses, I may have to re-evaluate everything I know about Autism and Asperger’s.

The implications of the research are staggering. Provided that the structures of the brain are consistent within the two conditions, it will be possible to PHYSICALLY test for Autism and Asperger’s Syndrome. It means that with fMRI and High Definition Fiber Tracking there will be no ambiguity in diagnosis. Everyone can be given a specific and accurate diagnosis every time.

However… as the HDFT scan of Temple Grandin’s brain showed… The condition (of Autism, at least) is inherent. It can’t be fixed. The nerve pathways, at least at today’s level of technology and for the foreseeable future, cannot be rewritten… It’s not as simple as brain surgery (I know… that is the definition of irony, isn’t it – simple brain surgery)… it would be a complete rebuild from the ground up… like rebuilding a classic car from all original parts, only with materials that die within 5 minutes of oxygen deprivation.

It opens up a lot of possibilities for diagnosis and treatment… and also would free us from uncertainty (and hopefully prove my theory that there is a huge tendency to over diagnose) and clear up a lot of issues with ambiguity of symptomology. 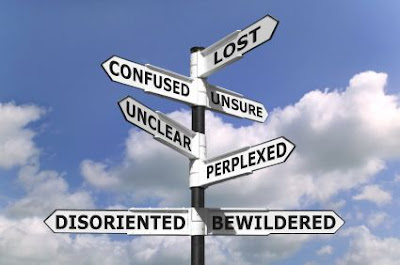