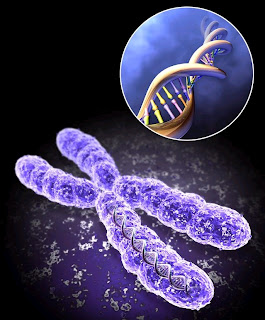 The following statements about species, genetics and the like are not based in fact and are really only intended to drive home the point. I used to simply let hyperbole stand, but it seems that wasn’t working… people did not seem to catch onto the fact that it was hyperbole for this reason… or that it was hyperbolic in nature at all… without further ado:

I know that you have noticed that your Aspie acts odd at the best of times… and downright weird at other times. It might help you to realize that your Aspie is actually a different species. NTs, Autistics and NTs (as studies are showing) have drastically different brain structures… This means, literally, that we are all drastically different in cognitive process and that you can’t hold Autistics and Aspies to the same standards of communication and interaction that you do with NTs.

I guess that I shouldn’t have even used the word level as it bears the connotations that I am trying to avoid. And by level, I am not talking about intellectual capacity. I am not talking about intelligence. I am not stating that anyone is better than anyone else. I probably should have used the word plane. We exist on different planes… at certain places, these planes of thought intersect, allowing us the semblance of communication. Unfortunately, due to the inherent differences between brain structures, social skills, thought processes and mental conditioning, this communication is nothing more than a veneer.

I know I have been harping on a specific scanning process called High Definition Fiber Tracking and a specific image recently, but it really is an important image… Here it is again.

Look at that. Take a good, long look… That is an Autisic brain next to an NT brain. Is it little wonder that we are on different planes when attempting to communicate? When the HDFT scans of Aspie brains come back, I suspect we will see similar, but different diversification of Neural Tracks in the brain. We already have some basic studies showing that the Asperger’s Brain and the Autistic Brain when using Functional MRI scans during comparable stimuli.

In simple terms, NTs, Autistics, and Aspies all have completely different brains. That means that they process information, input, stimuli, language, emotions and cognition in completely different ways. They are as different as different species of primates. That’s right… there is as much (if not more) difference between Aspie, NT and Autstic Brains as there are between chimps, gorillas and bonobos… (NO… I am not saying who is what… that would be offensive to all involved). 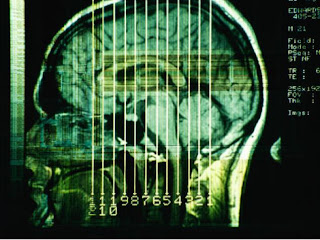 In the case of Autistics, fMRI scans have been showing relatively consistent results in the working patterns of the brain. Provided that the results continue being consistent and that fMRI scans reveal that Autistics all have the same functionality to their cognitive processes… So… we have three very different brain structures, and recent findings are linking Autism and Asperger’s to specific sets of genes… we basically have three very similar, but distinctly different species here on the planet Earth.

And therein, honestly, lies the problem. When an NT hears a specific word – certain parts of their brain will activate and light up in the fMRI scans. In the fMRIs, different parts of Autistic Brains light up with the same words. And, as studies progress, I suspect that Aspie fMRI scans will show that still different sections of the brain are active with identical words and identical stimuli.

So, the root of the problem, really is that we all process words differently… it’s not even a case of misinterpretation of words, or a lack of knowledge of the definitions of the words themselves… It is an inherent difference in processing. Since an NT has regions a, b, and c light up when he hears the word Dog; Autistics have sections a, q, and p light up when they hear the same word; and Aspies have regions f, t and “oh look! a kitty!” light up at the same word – the associations, processing, and cognitive flavors are all going to be different for all of them. Not only that, but the cognitive dissonance required for decision making processes are different as well.

With these differences in cognitive processes, communication can be a challenge. Throughout this series, I have been urging the NTs to allow and adjust for differences in communication, but it really goes farther than that. We are all different. It may be a case of one functionality is right and the others or broken -or- it may be that all are just different… but since we all process words, images, sounds and other stimuli differently, we all have to make adjustments and take some time to find a common frame of reference for one another… Also, we should have some patience when dealing with our companions on this terrestrial starship called Earth.

With effort from all sides, we can mange meaningful communication. The upshot of this is that Autistics and Aspies are OFTEN baffled by NT attempts to communicate. Hell… we are often confused by our OWN attempts to communicate. Personally, as an Aspie, I have been working on adapting and blending with NT society. I fail… often… but these studies are giving me a new frame of reference… I am not failing so much at being a human being… I am succeeding, more often than not, at finding a frame of reference between very different species.

2 thoughts on “Care and Feeding of your Aspie: Part 42 – Sometimes… I fail at being a human being”