When I was young, I discovered a book that, LITERALLY changed my life. It’s not what you think. It wasn’t a self help book. It was fiction. It was a novel by Orson Scott Card – Ender’s Game. This was the first time I had read a book that understood how children think and talk.

If you are interested, you can buy the book HERE. It is an excellent read.

In case you don’t have a Television or the Interwebs (I know… this was meant to funny, dammit), Ender’s Game has been made into a movie that will open on November 1st.

I have been watching the trailer for it and it looks REALLY amazing. Trailer can be seen below:

I.
Want.
To.
See.
This.
Movie.
HOWEVER…
Orson Scott Card is a bigot. This is not a word I use lightly.

“bigot — n: a person who is intolerant of any ideas other than his or her own, esp on religion, politics, or race”

He is bigoted towards the LGBT (Lesbian, Gay, Bisexual and Transgendered) community. He donated a thousand dollars to an anti-gay group.. It was a one time donation, but it was done knowingly… Further… he wrote an article in 1990 for the Sunstone (a mormon publication). I wanted to believe that, like everyone, he is entitled to his opinion… but the article was so bigoted towards the LGBT community that I was shocked… it literally made me sick… 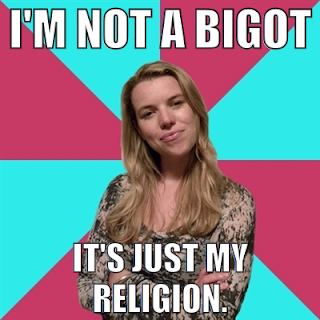 Before I continue – you can read the article in a reprint HERE.

Now, I am not writing this to harp on Orson Scott Card’s bigotry… I am writing this because it is teaching moment. Remember how, a long while back, I spoke about the decision making process, cognitive dissonance and decision making processes as they applied to Aspies? Remember how I talked about the fact that Aspies don’t have shades of grey in their wants – that it is either all or nothing? Think back to how I discussed Aspie’s need for fairness…

This will happen with your Aspie. I only told you this information to put it in more concrete terms than the original post. That post was very high minded and a bit nebulous as I did not have any specific examples. For the record, there are ways around it… ways to help your Aspie resolve these issues…

You can ask questions to help give one want an edge over the other… or find a way to remove the dissonance… For the record, in this example, I actually asked my friends from the LGBT community if it was offensive to them for me to see this movie in the theater… for the record… it is not. 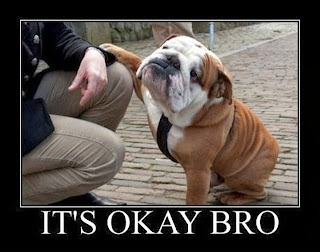 Images in this issue SHAMELESSLY stolen from the following sources:
http://www.bikerman.co.uk/images/bigot.png
http://img.izifunny.com/pics/20111013/640/its-okay-bro._1.jpg