This piece is controversial in nature. Many Aspies will disagree with the sentiments expressed in this article. I mean no disrespect, and like many of the articles in this series, I only speak for myself.

Aspergia – proper noun;
A fictional country that is characterized by citizenship that is comprised exclusively (or almost exclusively) of Aspies.

In reality, Aspergia is a thought experiment that has been tossed around by the Aspie community for several years. The first couple times that I came across the concept and topic, I was all for it. A country of, by and for Aspies! BRING IT ON!

First of all, I think it would be a racist country. I know what you are thinking, Aspies are human beings, right? That is true, but there are some MAJOR neurological differences between Aspies and Neurotypicals. I discuss that HERE. In case you don’t want to go read that… Let me sum it up. 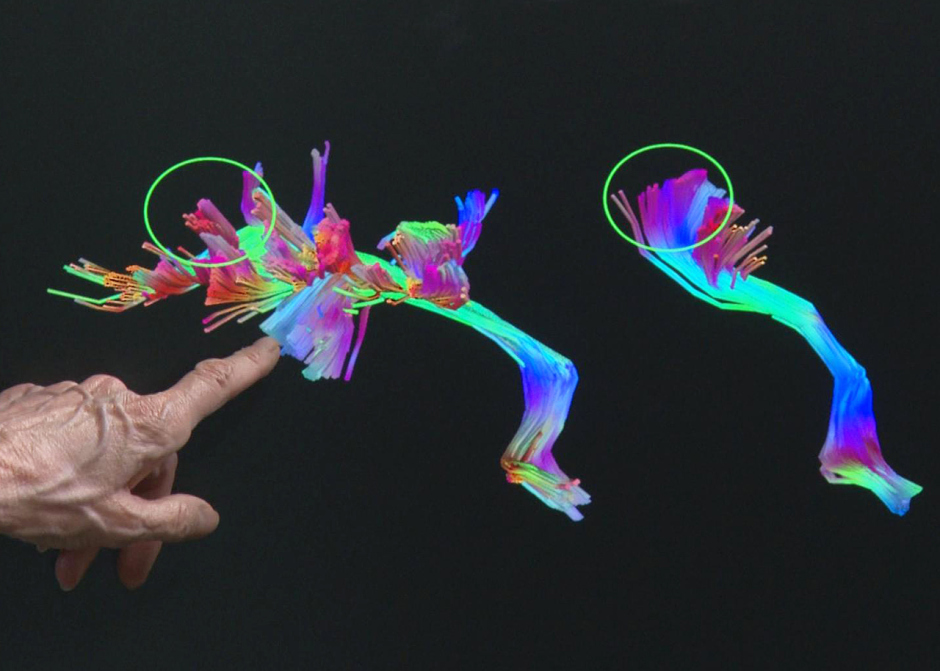 This is a picture of the nerve fibers in two brains. The one on the right is a neurotypical brain. The one on the left is Temple Grandin’s. As you can see… these are drastically different…

So, my take on it is that if we can state that someone with a different skin color is a different race (which is a purely cosmetic difference) – then we can state that Aspies are a different race. And as we can all agree on… I HOPE… Racism is a bad thing. Honestly, after pushing for neruodiversity, understanding, and acceptance for so long… to found a country that is Aspie only is a slap in the face of all those that have worked for our cause over the years. Exclusionism is just… not something that sits well with me.

While a lot of Aspies revel in the idea of Aspergia… a lot of us have been excluded our entire lives, and the thought that we would be in a situation that we would end up excluding an entire (LARGE) class of people, does not sit well. Most Aspies have a tendency towards fairness in their lives and there is nothing fair about excluding someone based on their genes.

That, right there, is another issue. A lot of people state that we don’t know what causes Autistic Spectrum Disorders, but as studies progress, we are becoming more and more certain that it is a genetic disorder. That means that it has a biological source. Like many genetic disorders and diseases (NOT HAVING THAT ARGUMENT RIGHT NOW- MY OPINION IS HERE.), we are not entirely certain what part of the genome causes it. In all likelihood, it is a combination of genetic markers that are in the on position.

Now. Think about this… Aspergia is a country by, for, and of Aspies… A country that is populated by Aspies… Some people argue for letting the NT spouses and and children of Aspies live in the country. Statistically speaking, this is a small number when compared to the numbers of Aspies.

So… with the very concept, we are setting up an Aspie breeding program. In essence, we would be putting a Eugenics Aspie Breeding program in place. After several generations, we will be guaranteeing that Asperger’s will be breeding true within Aspergia’s borders.

Why is this a bad thing?

Well… Think about the common perception of Aspies. We are considered rude, selfish, lacking empathy, and sometimes have violent outbursts, (Violent in the clinical sense of the word…I discuss that HERE.) have sensory issues, stim and worse at times… Now… think about the way that selection works.

Natural selection works by the simple fact that those that survive live to pass on their genetic code. In a country that is JUST Aspies, (let’s face it, the NT spouses and children of Aspies would not be that common in Aspergia) the process of un-natural selection would proceed at an accelerated pace. Literally, Aspergia would be a genetic factory, building a more concentrated type of Aspie. And honestly, eventually, the UN would sanction, Russia would invade and the United States would Nuke us – all to just shut us up… I mean, think about the foreign policy there… I can sum it up in four words – “You’re doing it wrong.” Let me tell you, world superpowers don’t like hearing that.

Now… Let’s look at jobs. When I’ve talked to psychiatric professionals, we’ve discussed the ideas of Aspies and jobs. There are a lot of jobs that Aspies are not cut out for, really.

Pretty much anything that ever appeared on the show Dirty Jobs is a pretty bad job for an Aspie. I know, there are exceptions to this, but I do not think there are enough of the exceptions to cover these jobs. There are too many jobs necessary to keep a country running that Aspies are not cut out for… And you can’t force Aspies to work them, even in the interests of keeping the country going.

There’s also the concept of socializing. Many Aspies state that Aspies would be so happy because there would be no NTs forcing them to go out and socialize… The problem is, while we are a sub-species of human, we are still human… we are social creatures… even the most isolated of us needs socialization. We need interaction and input. Without it, we can go nuts… I mean literally…

So social interaction is necessary. There is a problem with this. Think about the problems with Aspies and NTs socializing. It’s even worse with Aspies and Aspies. No, SERIOUSLY… Check out any of the forums dedicated to Autistic Spectrum Individuals and you will see what you mean. Honestly, unless Aspies share a special interest, the only they have in common is… Well… Asperger’s Syndrome.

I could continue, but I am not sure I need to… With only Aspies, we won’t have the workers to keep it going, no workers to make the infrastructure, a lack of socialization and the impending crushing war (and Aspie soldiers are not a threat, believe me) from the countries that we insult… Aspergia is doomed.

2 thoughts on “The Care and Feeding of Your Aspie: Part 63 – The doomed land of Aspergia”